RANCHO MIRAGE, Calif. – Michelle Wie’s return to golf comes with yet another change in her game.

The incorrigible tinkerer will be using a new putting grip at this week’s ANA Inspiration.

She has adopted a “left-arm lock” style of putting, similar to what Matt Kuchar uses, with a belly length putter anchored against her left arm, with a left-hand low grip.

“It’s very, very new,” swing coach David Leadbetter said. “It is sort of a legal anchor, I suppose. A few guys are doing it now. She’s excited about it. She said it feels really, really good.

“It takes a variable out of the stroke. It just keeps the whole left-wrist, left-arm movement very solid. It’s a one-piece motion, which, as Michelle says, keeps the club face a lot squarer for her.”

Wie is preparing to make her first start since withdrawing in pain in the first round of her title defense at the HSBC Women’s World Championship in Singapore almost five weeks ago. It will be just her third start in five months, since she underwent season-ending surgery last fall to repair an avulsion fracture, bone spurs and nerve entrapment in her right hand.

Wie has a long history of changing her putting stance and grip. Two years ago, she switched from her unorthodox “table-top” style to a more conventional stance with a rotating trio of grips, where she would go from left-hand low to conventional to a claw grip, all in the same round. Sometimes, she would change grips on the same green. She was still using that last season.

Wie dramatically improved her putting average with the rotating trio of grips.

“Don’t explain this to somebody,” Leadbetter said when she was enjoying a consistent run of putting with the inconsistent method of gripping. “It wouldn’t make sense.

“She has never been orthodox. She doesn’t like to conform. She’s always liked to buck the system in some way.” 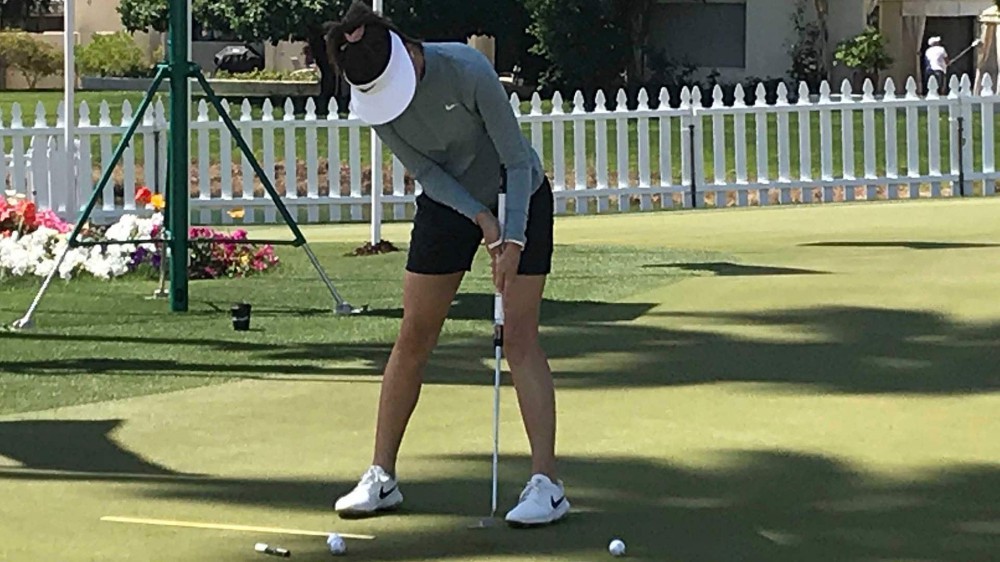 Bubba on McGrady block: 'Just trying not to get hurt'