Home Golf News & Information Will he play? Phil seems to like what he sees at Sawgrass 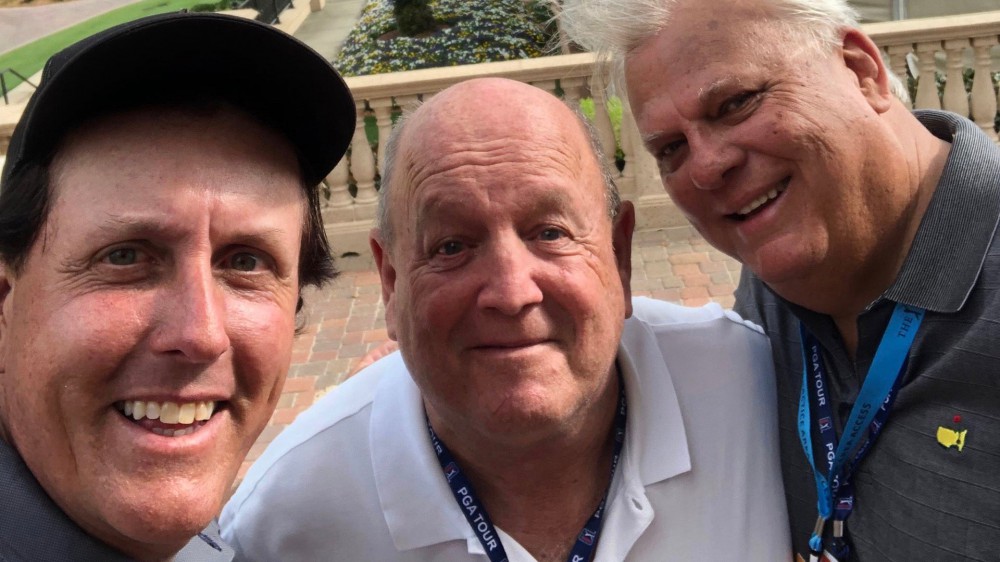 Did Phil Mickelson just tip his hand that he will indeed play The Players?

The guy who’s constantly giving a thumbs up to golf galleries appears to now be giving one to the layout at TPC Sawgrass.

Hanging with Steve Loy and Glenn Cohen while practicing at TPC. The course here is in spectacular shape with very little rough, much like Augusta! If I remember correctly, the week before I won at Pebble I missed the cut. Just saying😎 #Lefty pic.twitter.com/4wHW1ZOmPe

Mickelson has been non-committal about whether or not he’ll play the Tour’s premiere event for the last month.

The 2007 Players champ told GolfChannel.com at the Genesis Open in February that he was unsure whether or not he’d return to the Stadium Course in 2019.

“It’s not one I feel like I have to play,” Mickelson said. “It’s not a must-play for me because I’m 48 and I’ve played it 25 times and I’ve already won it. If I were young and early in my career, I would say yes because I think it’s as close to a major as it can get. But it’s not the best course for me.”

“I just haven’t played well there,” he added. “I’m curious to see how it goes this year, because the course is going to be a totally different one than what we saw in May. So I’m curious to see if it’s better for me or not.”

Mickelson stuck to that same message just two days ago after missing the cut at Bay Hill, saying he would wait until playing a practice round at the TPC on Tuesday before made up his mind about teeing off on Thursday.

“I mean, I want to play it, so I would most likely,” Mickelson said, “but if I hit it like this, it’s pointless, so I got to figure something out.”

The smile on his face and the comment about the “very little rough” would seem to indicate that Lefty is leaning towards staying in the field.