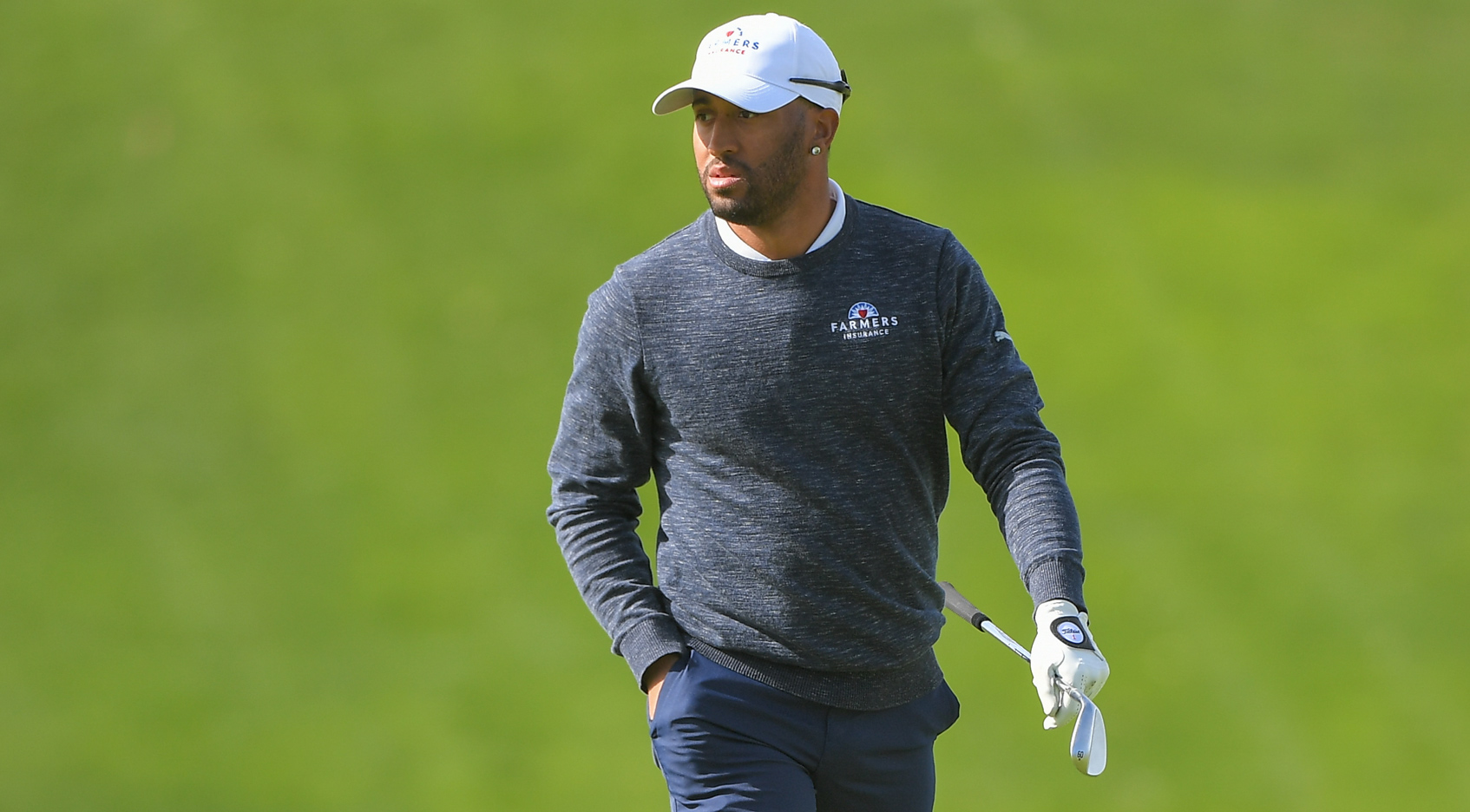 SAN DIEGO – A few days back Willie Mack III was expecting to play Torrey Pines North on Saturday as part of the APGA (Advocates Professional Golf Association) schedule – instead he finished up his Farmers Insurance Open quest there on Friday.

Mack III stepped in at the 11th hour for Kamaiu Johnson – his fellow APGA professional – as a sponsors invite into the PGA TOUR event after Johnson tested positive for COVID-19. Thankfully Johnson has only suffered mild symptoms and a scare that saw Johnson’s mother rushed to hospital earlier in the week has somewhat abated.

Mack acquitted himself well and actually sat 1 under through 14 holes on the tough South Course in Thursday’s opening round before dropping three shots late to card a 2-over 74. On Friday, in tough weather conditions, Mack battled his way to a 75 to ultimately miss the cut.

But with another start upcoming at The Genesis Invitational via the Charlie Sifford Memorial exemption, Mack III gained plenty of valuable experience at Torrey Pines.

“It was exciting. It was a good week. I think I hit four fairways, so other than that, every other part of my game was pretty good,” Mack said.

“I can’t thank Jeff Dailey, the CEO or Farmers, enough for just letting me and Kamaiu have an opportunity to get out here. It’s our dream to be out here and I can’t wait for the Genesis in three weeks.”

Johnson will – health permitting – get his first TOUR chance at the AT&T Pebble Beach Pro-Am in two weeks’ time and has also been offered an invite to The Honda Classic.

In March 2020, Mack became a Farmers Insurance brand ambassador. He is a former Michigan Amateur champion and was the 2019 APGA Player of the Year, winning two of the seven events he entered. Mack currently leads the Florida Professional Golf Tour and will continue playing their events in addition to a full APGA Tour season in 2021.

Removing the financial burden associated with the game is a top priority for both Farmers and the APGA Tour. Ensuring players have access to the tools and support they need allows them to better focus on competing. For players like Johnson and Mack, the support Farmers provides APGA Tour athletes can be invaluable.

Mack’s exemption was the latest example of Farmers support for the APGA Tour and its players in recent years. The national insurer has provided funding for APGA Tour events and the organization’s athletes, sponsored players including Johnson and Mack, and for the second consecutive year will host an APGA Tour event on the North Course on Saturday.

The 27-hole contest has an elevated $55,000 purse and begins at 7 a.m. local time. While Johnson and Mack are not in the mix others involved include Mulbe Dillard, a senior at Florida A&M.

Dillard debuts at No. 1 in the newly formed APGA Collegiate Ranking created by the PGA TOUR and the APGA Tour aimed to help top Black college golfers’ transition to the professional ranks by easing the financial burden of playing developmental tours and Korn Ferry Tour Q-School.

Dillard leads the APGA Collegiate Ranking for Black golfers in NCAA Division I, II and III, with the top five seniors each year receiving summer status on the APGA Tour and an exemption into the pre-qualifying stage for Korn Ferry Tour Q-School.

Kevin Hall, 37, is deaf and trying to pave the way for both the deaf community and African Americans. He played high school golf for Winton Woods (Ohio) while he attended St. Rita School for the Deaf. He went on to play at Ohio State, where he won the Big Ten Conference individual championship in 2004 by 11 shots and turned pro the following year.

Hall has played several PGA TOUR and Korn Ferry Tour events over the course of his career and was a former recipient of the Charlie Sifford Memorial Exemption at The Genesis Invitational. In recent years, he has won three times on the APGA Tour. His father, Percy Hall, caddies and signs for him, and will be joining Kevin at the 2021 Farmers Insurance Open Invitational.