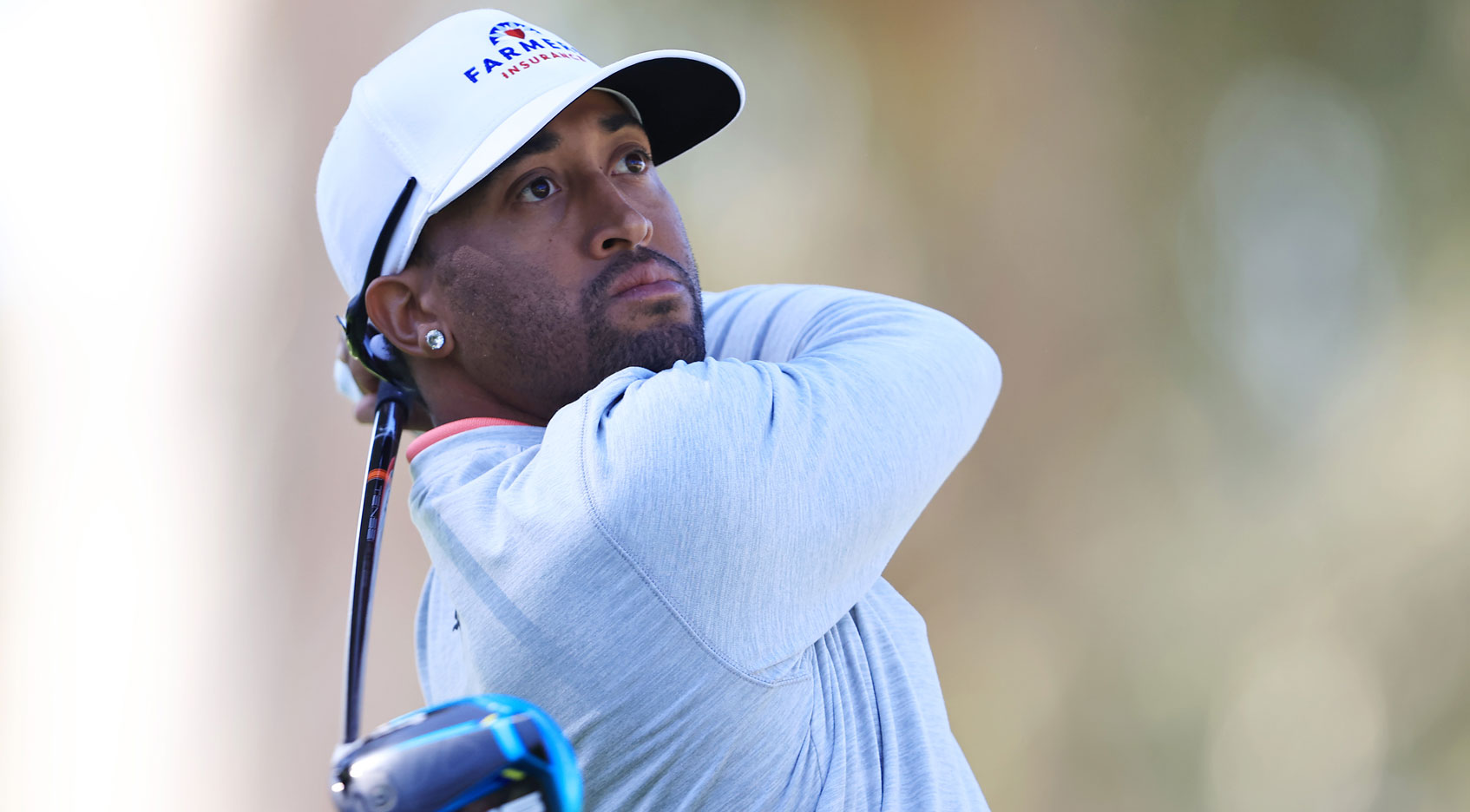 LOS ANGELES – Willie Mack III has made the best start by a Charlie Sifford Memorial Exemption recipient at The Genesis Invitational since a 23-year-old Harold Varner III made a splash in 2014.

Mack III produced an eventful but ultimately impressive 1-under 70 on Thursday morning at Riviera Country Club as the iconic course showed some teeth in firm and fast conditions.

The Sifford Memorial Exemption has been awarded to a deserving minority golfer each year since 2009 but not since Varner III’s opening 69 in 2014 has a recipient started the tournament under par. Mack III joins the now popular TOUR member, and Vincent Johnson (70, 2009), as the only three to start under par.

After years of battling away on mini tours Mack III now hopes to surge further ahead on Friday in just his second PGA TOUR start. His journey has been long and eventful.

“It was pretty good. I hit the ball pretty good. I left a couple out there, but it’s a good start to the week,” Mack III said nonchalantly after his five birdie, four bogey effort.

“You have really got to keep the ball below the holes out here. I kind of managed to do that and got in with an under-par score. Getting experience at Torrey helped out a lot. I played good at Torrey; I just was in the rough probably 90 percent of the time.”

The 32-year-old journeyman will return Friday hoping to continue his good form, particularly on the greens where he made near 100-feet of putts on Thursday. When he signed his card after the morning wave, he sat inside the top 30.

Only three Charlie Sifford Memorial exemption recipients have made the 36-hole cut – Joseph Bramlett (2020, T51), Varner in 2014 (T70) and Jeremiah Wooding holds the high-water mark finish with his T42 in 2013. Mack III will try to be the next without placing focus on the feat – besides he has much higher aspirations.