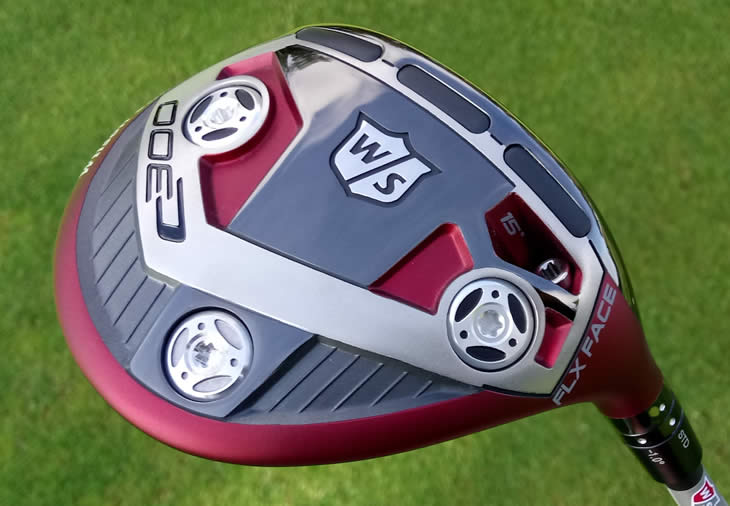 The C300 comes with one silver 12g weight and two black 2g weights for you to locate in the three ports on the sole. 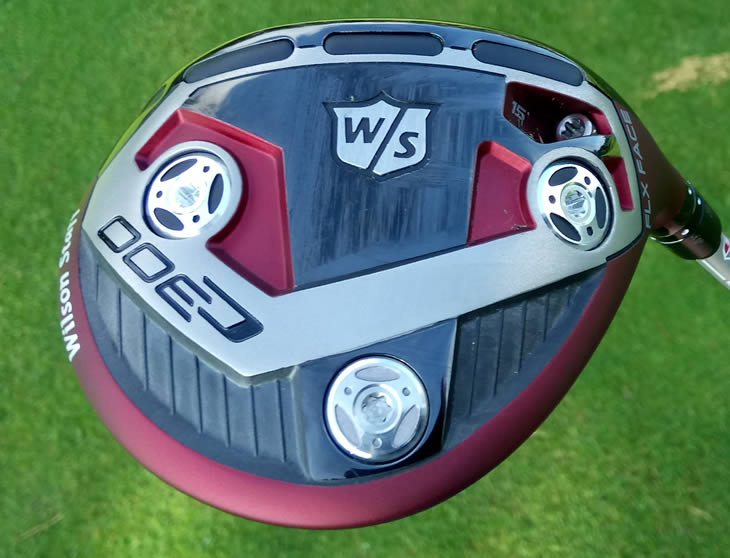 Placing the heavier weight in the back will pull the CG further back and increase the launch and really this was the best position for the weights, as like the driver I found this to be quite a low spinning club in the 15° head.

Unfortunately there is only one heavy weight supplied, so you would have to pick whether it goes in the heel to create a draw bias or the toe to create a fade bias if you need to drop the spin for any reason.

If there was a second 12g weight then putting them both in the front would at least keep the head neutral, but you could also do this using the Fast Fit adjustable hosel to offset the weight balance.

The hosel adjusts up 2° or down 1° and going through the options can see quite large changes in lie angle. For instance going from standard loft at 58.9° lie to +1° loft flattens the lie by 2.8°, which is the biggest change.

However where the lofts overlap between the three heads of 13.5°, 15° and 18° means that you can get the same adjusted loft with different lies in a few cases.

The other stand out feature is the Power Holes in the sole and crown of the head.

The Power Holes allow the face to almost float on the frame of the club and Wilson say that they increase face deflection by 5% in order to increase the ball speed.

There are four holes on the sole and two on the crown that are quite noticeable against the rich red colour and maybe more could have been made of them visually.

The face is made from Carpenter Custom 455 Stainless Steel which is nearly half as strong again as 17-4 stainless steel and allows Wilson to make the C300 fairway face 20% thinner and save 5g of weight.

The head has quite a straight leading edge and a rounded head that is pulled back to draw the weight to the rear without losing its appeal.

The sound and feel at impact was nice and solid, but it could have sounded a little ‘zippier’ given the dynamic look and the promise of the power holes.

The C300 fairway comes with a Fujikura Speeder Pro 68 shaft that is good quality, but maybe did not suit me as I found the C300 hard to get going.

The spin characteristics mean that you will need to be a reasonably fast swinging player to get the most from this club and the heavier 12g weight will probably live permanently in the back for most people otherwise they won’t get the launch right.

The Wilson Staff C300 fairway looks the business if you see the sole looking at you from the shelf, but it’s appeal could be quite narrow. It is reasonably priced as fairways go but with the big boys hovering around the same number with clubs that have a wider appeal and are easier to get results with, then the C300 fairway might find it hard to get out of the woods.