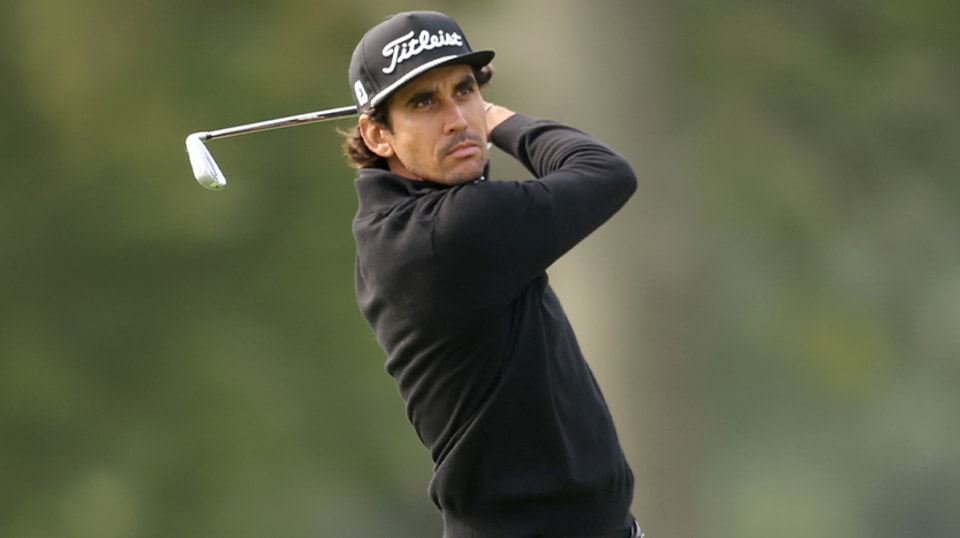 MAMARONECK, N.Y. – Rafa Cabrera Bello shot even par and shot up the leaderboard.

Bubba Watson double-bogeyed the last hole but his 69 was one of the best rounds of the day.

Thomas Pieters took the lead at 6 under par before giving it all back with six bogeys.

“Clearly,” said Cabrera Bello, “the wind has picked up significantly.” And that, he added, was making the already narrow fairways even smaller, and the already tricky greens trickier.

The headlines after the first round of the 120th U.S. Open were all about the flood of red numbers, with more scores of 66 or better (four) than Winged Foot had given up in all five previous U.S. Opens combined. But it was apparent early that the course had something different in store on a cool, blustery Friday.

Not only did the wind pick up, it also changed directions. The first three holes, which had played downwind Thursday, played straight into the wind Friday. All of which added to the fun, as first-round leader Justin Thomas might call it. (Thomas was just starting his round at 1:27 p.m.)

“Yeah, this morning was actually okay,” said Belgium’s Pieters, who shot 2 under on the front nine before sliding back down the board with six back-nine bogeys. “It wasn’t that windy. Drove it well, so I gave myself a lot of opportunities.

At least he had company.

Matthew Wolff was 3 under par and two off the lead when he made the turn, but bogeyed four of the first five holes on the front. The most annoying of these came at the par-3 third, where his long birdie try went up a slope, stopped woefully short, trundled slowly backward, and stopped closer to his feet than the hole. He made bogey.

Course set-up had something to do with the players’ frustrations, too. Although the USGA was said to be making things slightly easier in an effort to get all 144 players around in roughly two hours less daylight of a mid-September U.S. Open, there would be no such generosity in round two.

The hole location at the first was three paces from the left, at the second it was just four paces from the right, and so on, encouraging short-side misses, of which there were many.

“I also felt the greens have got maybe a smidge quicker and a bit firmer,” said Cabrera Bello, who made five birdies and five bogeys. “But I also felt like some of the pins were a little bit tougher, harder to access today. Obviously more of a U.S. Open setup you would expect.”

Shane Lowry, who rebounded from an opening 76 to shoot even-par 70, was hoping to make the cut after fighting the course to a draw. “I played lovely today,” he said.

Lee Westwood, who had opened with a 67, faded with a 76 to go into the weekend at 3 over. He was disappointed with his finish, dropping four shots over his last three holes, but wasn’t giving up or getting down on himself.

“So a bit disappointed to finish like that,” he said, “but 3 over par here for the week, and you never know what’s going to happen in U.S. Opens, do you?” Not with the course toughening up seemingly by the minute.

Said Xander Schauffele, whose 2-over 72 moved him to even par, “It’ll be a fun afternoon to watch on TV.”