CHARLOTTE, N.C. – Over the past 10 years of the Wells Fargo Championship at Quail Hollow, the average winning score has been around 14 under par.

Don’t expect those low numbers this week at the PGA Championship, even with the waterlogged conditions.

With speedy and firm greens – changes to the first five holes and soft fairways that will make a 7,600-yard layout play even longer – Phil Mickelson said that he expects the winning score to be “very close” to even par.

Jordan Spieth didn’t venture a guess about the winning total, but added that “this is going to be one of the most challenging tracks that we’ve played, the way that it’s playing right now and the way it will continue to.”

Spieth said his tee shots are essentially coming to rest where they land in the fairways, adding about 20 yards – or two clubs – to his approach shots. That’s assuming he finds the short grass, of course. Off the fairways, he said, the thick, tall, juicy Bermuda rough is “brutal.”

“You have to have unbelievable distance control out here once you’re in the fairway to get the ball close to these pins,” Spieth said. “It’s going to be such a challenge to have close birdie putts out here from the looks of it.” 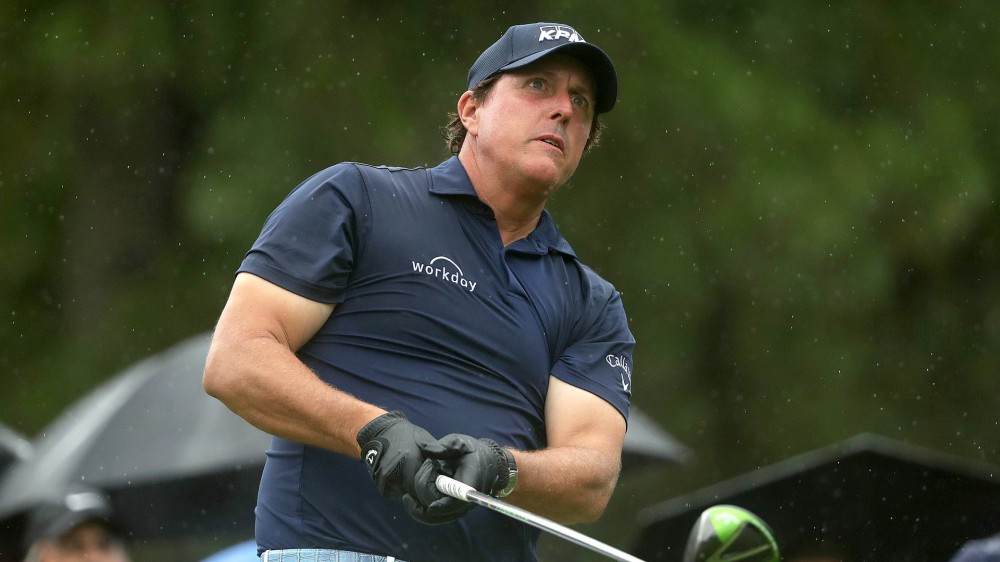