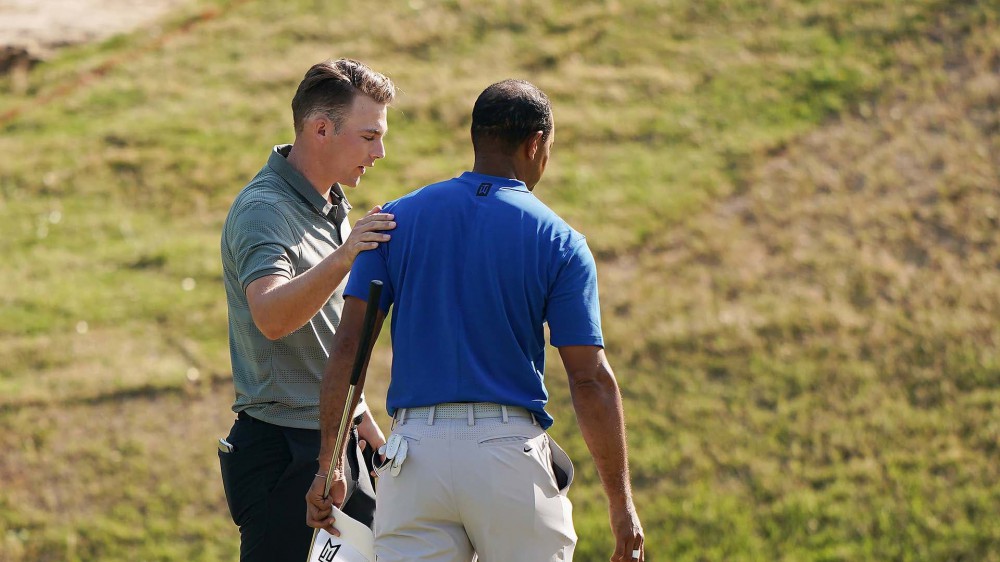 The reigning PGA Tour Rookie of the Year went down to Tiger Woods, 3 and 1, in the opening round of the WGC-Dell Technologies Match Play.

He fell 2 down through two and played his first four holes in 4 over before settling down with back-to-back birdies at Nos. 5 and 6. From there, he looked like he was going to storm back and pull the upset. He flipped the match with three straight wins at Nos. 8-10.

“Overall, I wish I could have gotten off to a better start,” he said. “I got off to a pretty sour start, put myself in a hole early. I fought back. I got to 1 up at one point in the match and had it going.”

He had Woods on the ropes at the par-3 11th and appeared very much on the verge of going 2 up. But Woods pulled off a surprising up and down, and Wise followed up with a three-putt. Rather going up two, he found himself level again.

A clutch birdie putt at the 12th made it seem as though Wise was going to keep pushing Woods, but it was at the par-4 13th that he made his crucial mistake, spinning his approach shot into the water.

“I thought it was a great wedge shot there on 13,” he said. “And the wind was supposed to be about 2 [o’clock] and it switched to about 12:30 and [the ball] spun back in the water. That was a big momentum change for the match, if I had to put it on one point.”

It was the start of a three-bogey run that left him 2 down with two to play and saw him concede the match to Woods on the 17th green.