KAPALUA, Hawaii – Saturday’s third round at the Sentry Tournament of Champions was a collection of firsts for Gary Woodland.

The round marked the first time Woodland was paired with Bryson DeChambeau. It was also Woodland’s first round with a player who opted to keep the flagstick in the hole when putting.

The rule that allows the flagstick to remain in the hole began this week and DeChambeau has made the most of it.

“He’s a lot smarter than I am,” Woodland said of DeChambeau. “He was throwing out some numbers and stuff today. He was, it’s interesting, I’ve never played with him so it was fascinating to see the way he works, and he obviously does it very, very well.”

The highlight of Woodland’s round came at the par-5 15th hole when he drained a 64-footer for eagle into the hole to move to 16 under and two shots ahead of second-place Rory McIlroy.

Although most players are not leaving the flagstick in the hole while putting, some have said they would consider leaving it in on long putts. Say, like a 64-footer for eagle?

“I saw Bryson do it a lot today, so I did it a lot more today than I had the last couple days,” smiled Woodland, who did bounce his eagle putt off the flagstick and into the hole at No. 15. “Obviously, you are just trying to use the rules to your advantage. That’s one I would definitely have [his caddie] tend in the past. And you leave it in, I don’t know how fast it was going, but it seemed like it hit it dead center.” 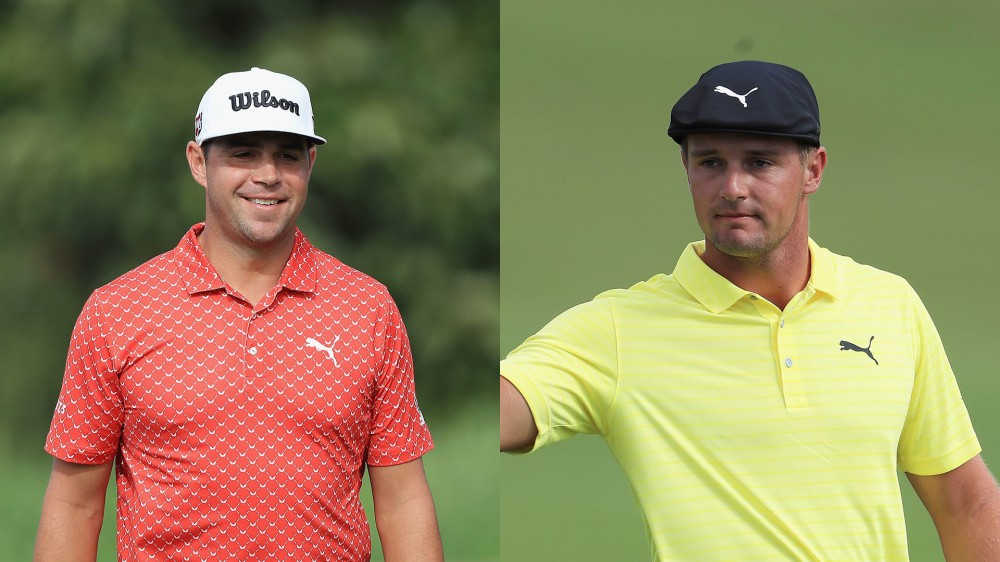 Saturday 62 has Keegan in position to end drought