SAINT-QUENTIN-EN-YVELINES, France – Looking tired and dejected, Tiger Woods joined the U.S. team for the post-match press conference following the American team’s 17 ½-10 ½ loss to Europe on Sunday at the Ryder Cup.

It was a particularly long and demanding week for Woods, who failed to win at least a half point in a Ryder Cup for the first time in his career and ended with a 2-and-1 loss to Jon Rahm in Sunday’s singles session.

Although Woods wasn’t asked specifically about his health after appearing to move a little slower this week at Le Golf National, he did acknowledge that a long season on the PGA Tour – his first full season since 2013 – took a toll.

“I played seven out of nine weeks, because I qualified for [the WGC-Bridgestone Invitational] and all of those are big events, starting with The Open Championship. You’ve got a World Golf Championships, you’ve got another major championship, you’ve got the playoffs and then you have the Ryder Cup on the back side,” said Woods, who went 0-4-0. “For me, it’s been a lot of golf for a short period of time.”

Woods, who missed his first foursomes session in the Ryder Cup on Friday when he was benched by captain Jim Furyk, said he will use the experience to plan for next year, which will include a more condensed season as well as the Presidents Cup in December when he will captain the U.S. team.

“I’ll have a better understanding of what my training needs to be for next year so that I certainly can endure the entire season because this year was very much up in the air of how much I would play or if I would play at all,” he said. 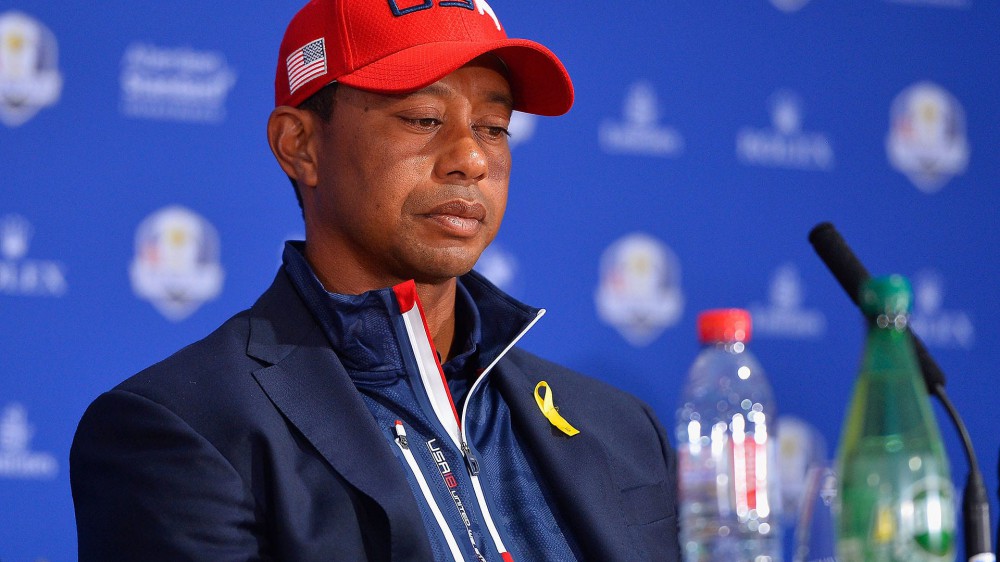