Among the various fluctuations in the latest installment of the Official World Golf Ranking was a surprising reversal that would have been hard to explain a year ago.

When the calendar hit 2018, Jordan Spieth was the Champion Golfer of the Year and ranked second in the world. Tiger Woods, meanwhile, was ranked 656th and only one start into a comeback whose outcome was far from certain.

But now, despite the fact that Woods hasn’t played competitively since the Ryder Cup, he finds himself ranked 13th in the world – one spot ahead of Spieth, who fell to 14th despite a T-55 finish at the Shriners Hospitals for Children Open. It’s the first time Woods has been ranked ahead of Spieth since August 2014, when Woods was 13th and Spieth was 14th.

Justin Rose’s successful title defense at the Turkish Airlines Open moved him past Brooks Koepka at world No. 1, although only by the slimmest of margins. Rose’s point average is now 10.289 while Koepka sits at 10.238, and Koepka is projected to return to No. 1 next week.

Other movers included Haotong Li, who went from 50th to 42nd after losing a playoff to Rose in Turkey, and Patrick Cantlay, who finished second as defending champ in Las Vegas and went from 23rd to 18th.

The top five now goes as follows: Rose, Koepka, Dustin Johnson, Justin Thomas and DeChambeau. McIlroy is down to sixth in the world, with Francesco Molinari, Jon Rahm and Rickie Fowler Nos. 7-9. After a T-7 finish in Turkey, Tommy Fleetwood bumped Jason Day out of the top 10. 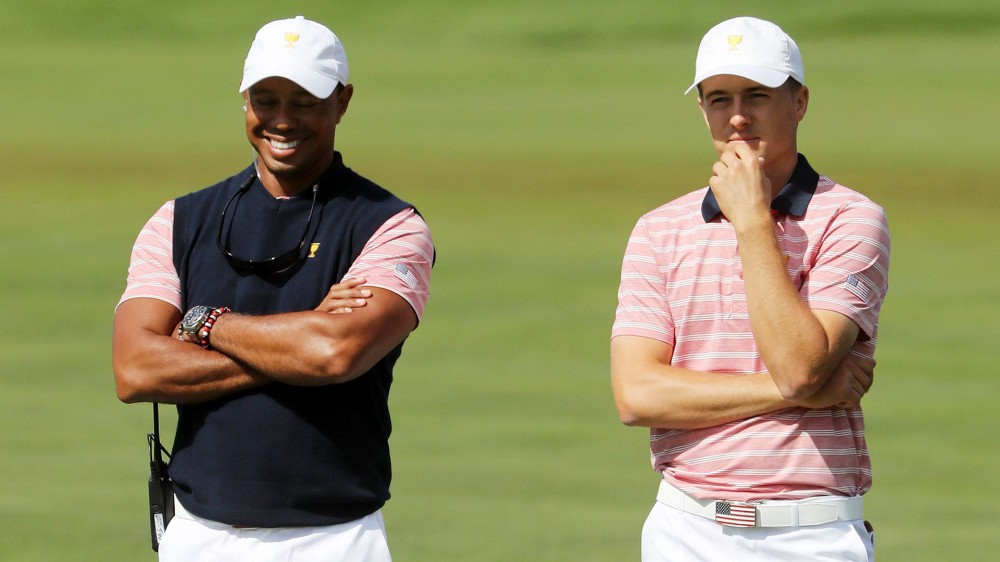