PALM HARBOR, Fla. – Tiger Woods’ latest comeback bid nearly ground to a halt thanks to an encounter with a tree during the opening round of the Valspar Championship.

Woods pulled his tee shot into the pine straw down the left side of the par-4 16th hole, where it came to rest near a tree. While he was able to get a club on the ball, his left arm hit the tree upon impact and he sent the club flying out in front of him.

“It didn’t feel very good,” Woods said. “I moved all the people and even warned them in case the club breaks and gets over there.”

The club fell harmlessly in front of the crowds following Woods’ every move as he made his first appearance at Innisbrook since 1996, but the collision with the tree seemed to impact Woods given the multiple winces he offered walking down the fairway.

But whatever impact it may have had didn’t affect his ability to finish the “Snake Pit” on the Copperhead Course in style, as he scrambled to save par on No. 16 and then hit his tee shot on No. 17 to within 2 feet. After a 1-under 70, Woods is tied for eighth and three shots behind Corey Conners.

While replays seemed to show Woods’ hand taking the brunt of the impact with the tree, after the round he explained that the collision was felt a little higher.

“The hand is fine. I didn’t hit my hand. My forearm hit the tree a little bit,” Woods said. “Once (the fans) got cleared out I figured I could put some speed into this thing and I was going to feel it. But I pulled it off.” 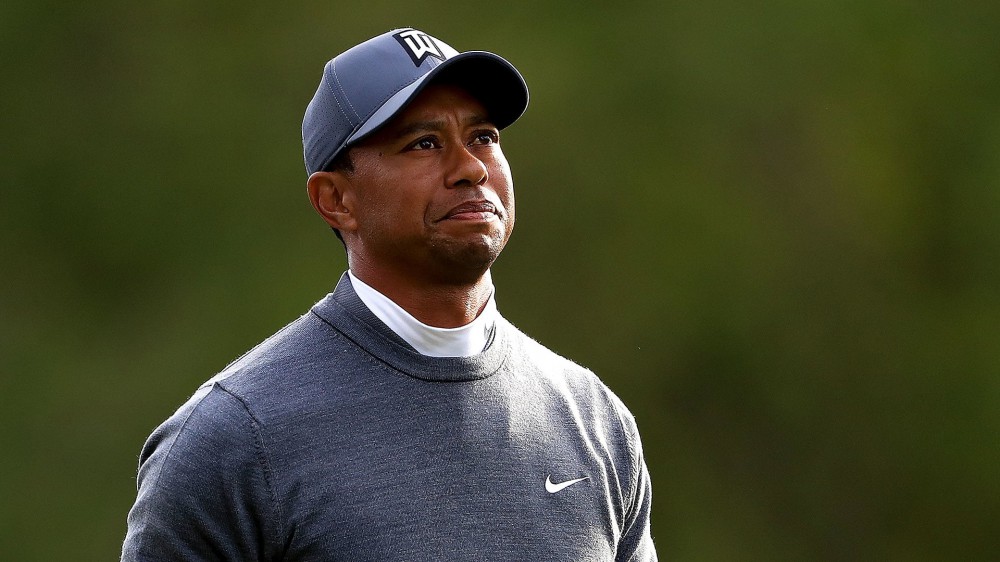