In the morning fourballs, Woods and Patrick Reed lost, 3 and 1, to Tommy Fleetwood and Francesco Molinari at Le Golf National.

Playing in his first Ryder Cup match since 2012, Woods didn’t appear nearly as sharp as he was last week during his slump-busting victory at the Tour Championship. He made two birdies through the first 10 holes, helping the U.S. build a 2-up lead, but he and Reed both struggled the rest of the way to hand Europe its only point of the morning session.

“We just couldn’t put any pressure on them,” he said. “We couldn’t answer them. They put it on us pretty hard.”

It’s only the second session that Woods has ever missed – he also didn’t play on Saturday morning at the ’12 Ryder Cup, when he said that his back issues first started to surface.

Woods, now 42, wasn’t expected to play all five sessions. His career mark in the Ryder Cup dropped to 13-18-3.

“I’m not going to work on anything,” Woods said. “My game is fine. My cut really wasn’t cutting off the tee today. I was hammering it. The ball was going far. It was going straight, but it was not cutting. I can accept that. That’s really no big deal.”

Reed joined Woods on the bench for the afternoon, as well as Brooks Koepka and Tony Finau, who won their opening match.

“I’ll be ready come tomorrow whenever Captain puts me out,” Woods said. 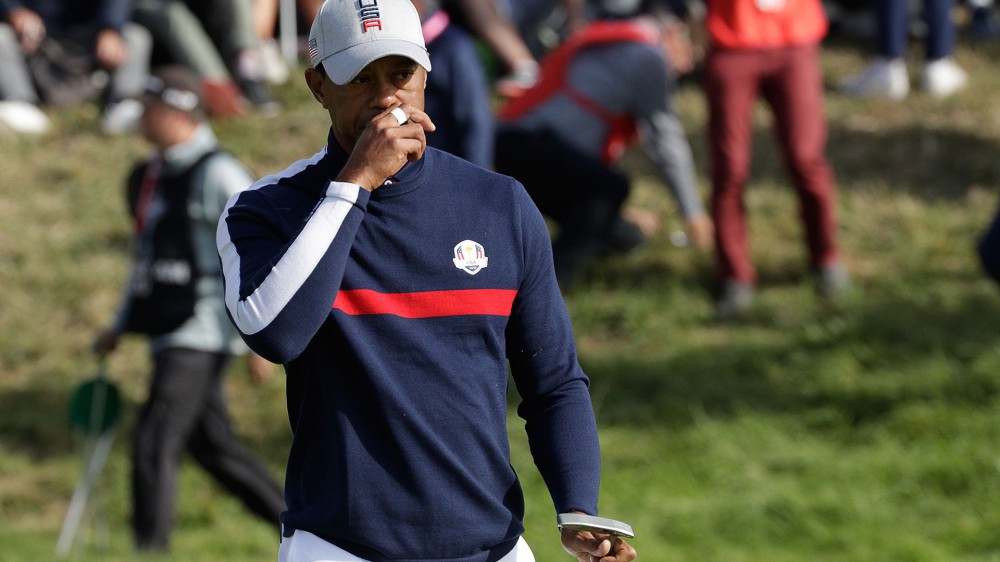