After completing his final tournament of the year, Tiger Woods went Down Under.

The American captain for the 2019 Presidents Cup returned this week to Royal Melbourne, which will host the biennial matches for the third time next December. Woods was on the American team in 1998, when the Internationals logged their lone team win to date, and again in 2011 when the Americans triumphed in Oz.

Weeks after International captain Ernie Els paid a visit, Woods took a tour of the famed sand belt layout before speaking to reporters.

“Normally over the course of time, a lot of golf courses get modernized, get lengthened, change different angles, add bunkers, whatever it may be, but they haven’t done that at Royal [Melbourne],” Woods said. “It’s the same golf course. It could be fast, it could be hot, it could be cool. You just never know.”

Woods’ trek across the globe comes on the heels of his 17th-place finish at the Hero World Challenge in the Bahamas. The flight from the islands to Australia is one he hopes many top Americans will make next year, although he admitted there are “some logistical things” to work out to ensure a smooth transition between the events, which are expected to play back-to-back.

But Woods cited a lack of recent play as one of the contributing factors to the American loss in 1998, and with next year’s matches played in mid-December he made it clear he hopes his roster of players will stay sharp, even if they don’t join him at Albany for the limited-field Hero World Challenge.

“We didn’t have the wraparound schedule like we do now. The guys took quite a bit of time off, and quite frankly, we weren’t prepared to play, and we got smoked,” Woods said. “The Internationals came out ready, prepared to play, and they drummed us. My job is to make sure that the guys are prepared, they’re still playing and trying to stay fresh and competitive late in the year.” 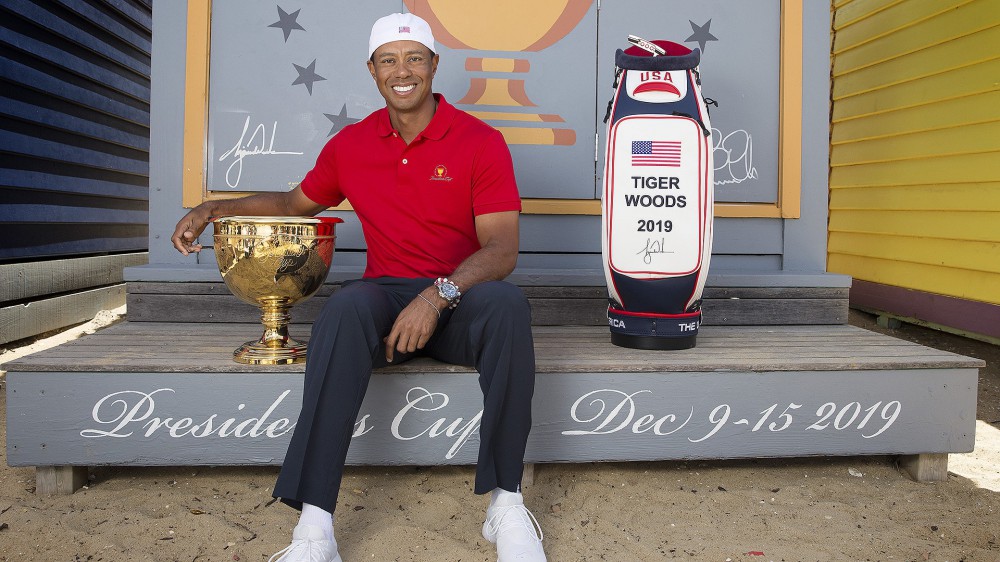 Thomas' alternate route pays off on No. 12