ORLANDO, Fla. – Tiger Woods didn’t have his best stuff Friday at the Arnold Palmer Invitational, but he still summoned a little magic.

Woods drew a thick lie in the right rough on the par-5 16th. Water fronts the green, and any slight mis-hit would have been wet.

“The fact that (caddie) Joey (LaCava) asked me, ‘Do you want any layup numbers?’ pretty much says it all,” Woods said afterward.

But he didn’t want to lay up.

“What is it to the flag?” Woods asked.

The answer was 192 yards. He first pulled a 6-iron, but then opted for more club, in case the shot came out dead.

“I took the 5, opened it up, and hit it pretty much as hard as I possibly could,” he said. “I held the face open, and it worked out. It came out perfectly.”

His ball landed near the flag and rolled onto the right fringe, just 22 feet away. He two-putted for his second birdie of the day, on his way to an even-par 72 that left him seven shots back of the lead. 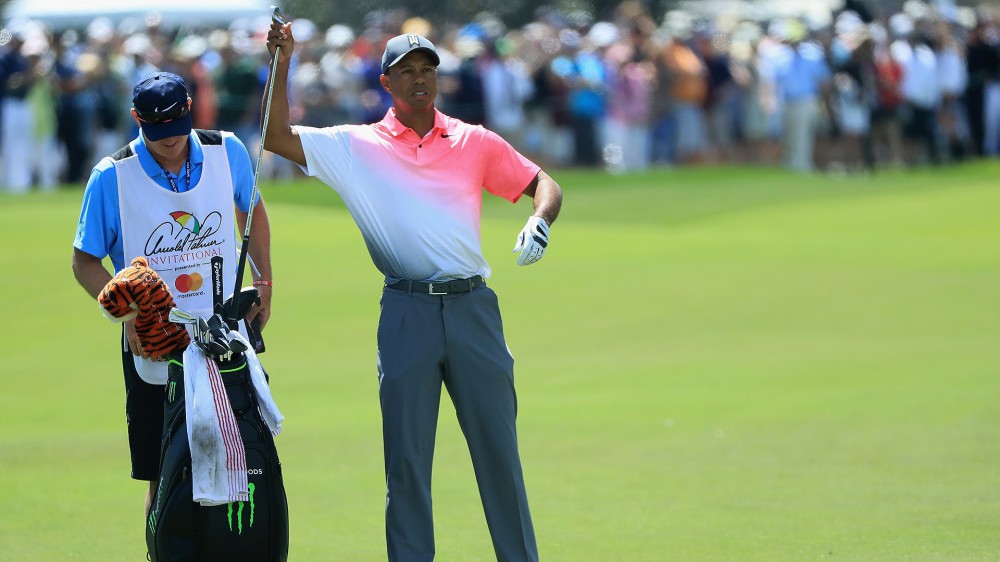 How to watch the U.S. Open on TV and online