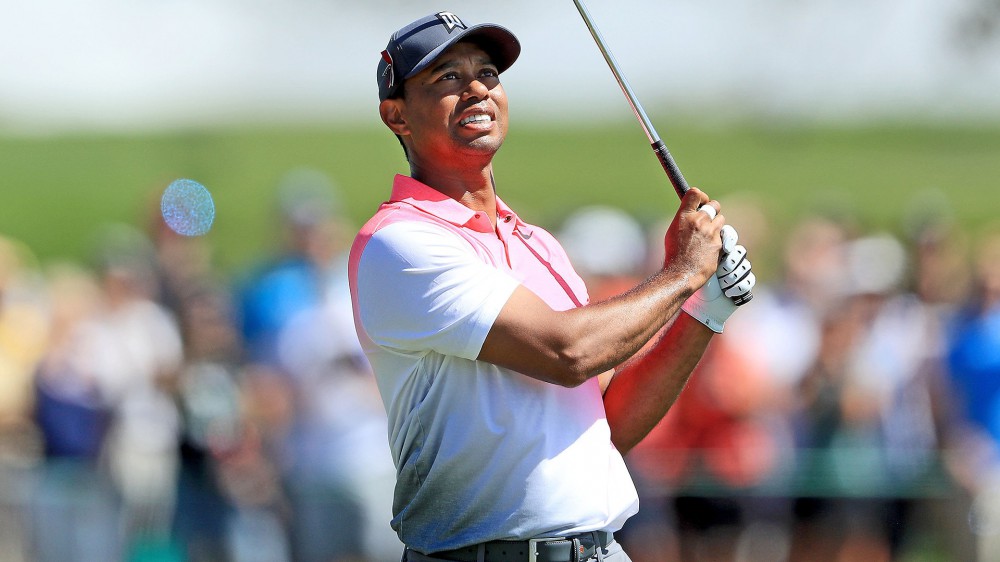 And why should he?

When the wind died down Friday afternoon, Woods played a “big ol’ cut” with a 5-iron that dropped 12 feet from the cup. He made the putt – one of just nine birdies on the day – and when he walked off the green, the fans gave him a standing ovation.

That gets Tiger back to +1. pic.twitter.com/l1yix0hzig

The scene is expected to be even more raucous Saturday at the Honda Classic, especially with Woods in contention.

There is a Goslings Bear Trap tent just to the right of the tee. The hole has become a hot topic in recent years, after a few players complained that the noise from the nearby crowd was distracting as they tried to play a wind-blown, 190-yard shot over water.

Woods was asked his thoughts on the party setup after finishing his second-round 71.

After the recent Waste Management Phoenix Open, a few players told Woods that fans were trying to time their screams with the players’ downswings.

“There’s really no reason to do that,” Woods said. “I think that most of the people there at 17 are golfers, and they understand how hard a golf shot that is. So they are being respectful, but obviously libations are flowing.”

The 17th played as the most difficult hole on the course Friday, with a 3.74 scoring average and a combined score to par of 104 over. More than a quarter of the tee shots found the water.