ORLANDO, Fla. – Heading into what is likely his final competitive round before the Masters, Tiger Woods is starting to set up his schedule for the days leading into the season’s first major.

Woods has won the Masters four times, most recently in 2005, and in the wake of a runner-up at the Valspar Championship and a strong showing at the Arnold Palmer Invitational he’ll head down Magnolia Lane with more momentum than he’s had in years. As a result, it’s not surprising that he has received more than a few inquiries about a possible practice round at Augusta National Golf Club during Masters week.

“I’ve gotten a couple requests here and there,” Woods said with a grin after a third-round 69 at Bay Hill.

Woods has played the Masters only once since 2014, but don’t expect him to try out some unfamiliar pairings on Tuesday and Wednesday amid the azaleas. Woods still plans to rely on a rotation he’s had for several years, playing with former champs Fred Couples and Mark O’Meara. O’Meara, who received his green jacket from Woods in 1998, plans to make this year his final Masters start.

“I traditionally have played with Freddie, if he can. We’re hoping he can come back and play again and play Augusta. I’ve played with Mark just about every single year,” Woods said. “It’s generally been those two guys, and those are the two guys I’ve grown up with out here on Tour. We sit next to each other actually at the champions’ dinner, and so we have known each other for a very long time.”

While Woods is no stranger to fielding offers for tips and advice from younger players, especially on a course he knows as well as Augusta National, one top-ranked name continues to stick out among the requests he’s received in recent weeks. 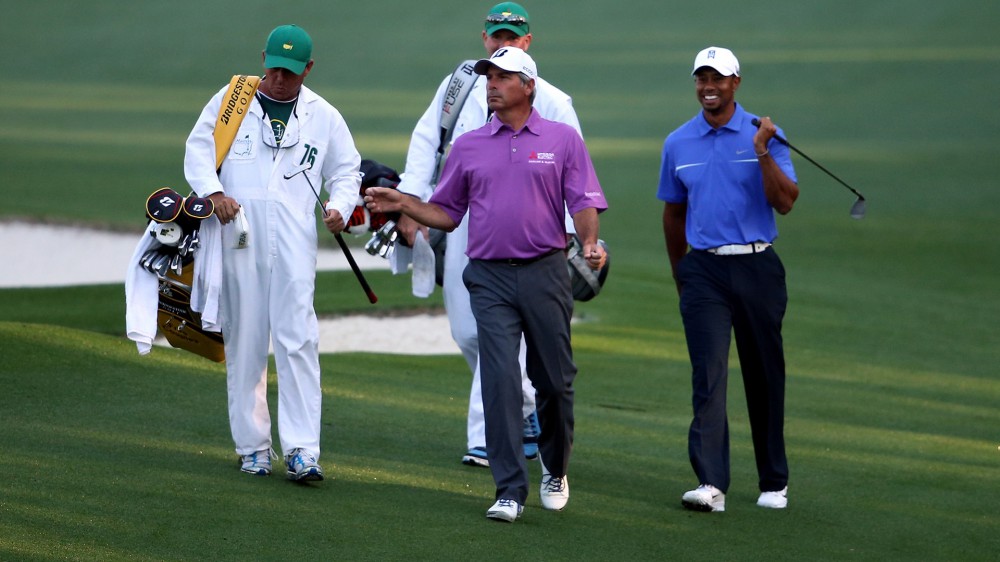