Woods, Lee, Reid among those chasing Spilkova at LPGA Q-Series

Klara and the collegians.

That’s the story halfway through Q-Series, with the Czech Republic’s Klara Spilkova and some talented collegians setting themselves up nicely after the completion of the first week of the new final stage of the LPGA’s qualifying tournament.

Spilkova’s 2-under-par 70 Sunday at Pinehurst No. 6 left her at 13 under overall, four shots ahead of Canada’s Jaclyn Lee (71).

Lee, a senior at Ohio State, is among three college players at T-3 or better, among four at T-7 or better and among five at T-11 or better.

The field of 102 players will get a two-day break to prepare to move to Pinehurst’s No. 7 course for the second half of Q-Series. The final 72 holes will begin Wednesday. The top 45 and ties at week’s end will earn LPGA tour cards, with everyone else getting Symetra Tour status.

American Alison Lee, looking to regain fully exempt LPGA status, made the move of the day Sunday, dramatically improving her position for next week’s second half. She shot 65, the low round of Q-Series, improving 54 spots to move up into a tie for 23rd.

England’s Mel Reid posted a 67 to move into a tie for third as she seeks to regain full status.

Cheyenne Woods (70) is tied for 18th in her bid to regain full status. 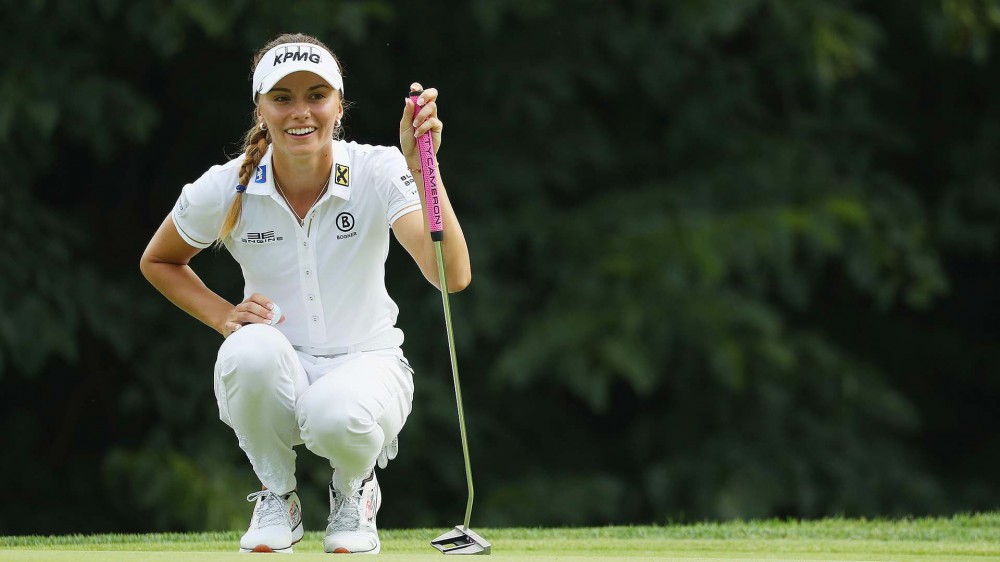