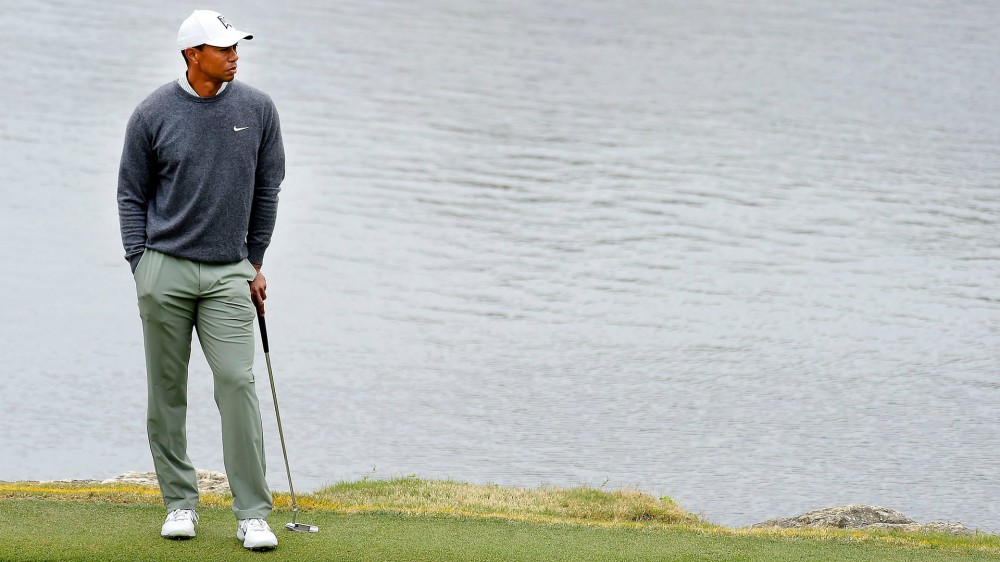 AUSTIN, Texas — Tiger Woods hit the putt he wanted. He just didn’t have the read he needed.

Woods lipped out a 5-footer Saturday afternoon on the 18th green to lose his quarterfinal match to Lucas Bjerregaard and exit the WGC-Dell Technologies Match Play.

Woods hit a disappointing second shot into the front bunker and then splashed out below the hole. After conceding Bjerregaard’s par putt, Woods needed to save his own four to push the all-square match to extra holes.

“Well, we read it inside left, left center, and the putt went left,” Woods said. “I went back and hit it again and it did the same thing. Just one of those weird spots.”

A tight match throughout the back nine, Bjerregaard made a 30-footer for eagle at the par-5 16th to pull the match all square and holed a bending, left-to-right putt from 13 feet at the par-3 17th to stay level.

“He played well in tough conditions,” Woods said. “It was not easy out there. We both kind of grinded our way around the golf course. He played the last three holes pretty solidly.”

Woods was asked if he’s where he wants to be heading into Augusta. “No, I’m not,” he said. “I wanted to play tomorrow. So this is going to sting for a few days, and I’ll get back after it after that.”