AUGUSTA, Ga. – Tiger Woods is a notoriously early riser, but Sunday’s alarm will come a little too quick even for him.

Woods explained after his third-round 67 that moved him to within two strokes of leader Francesco Molinari that he will set his alarm for 3:45 a.m. on Sunday to be ready for his 9:20 a.m. (ET) tee time.

Officials at Augusta National decided to move up tee times for the final round and send players off the first and 10th tees in threesomes in an attempt to finish the round before an approaching storm front arrives.

The result is a break from the traditional wait that players near the Masters lead face each year on Sunday. Instead of having time to kill, Woods and the other contenders had about 15 hours to rest and recover before setting out for the final round.

“The reward is for playing hard and doing all the things correctly you get a nice little sleep in come Sunday, but that’s not going to be the case,” Woods said. “We’ve got to get up early and get after it.”

The early start didn’t seem to bother other players who were thankful for the chance to avoid what is always a long day when you’re teeing off late on a Sunday.

This is the first time players have been sent out in threesomes and off two tees on a Sunday at the Masters. 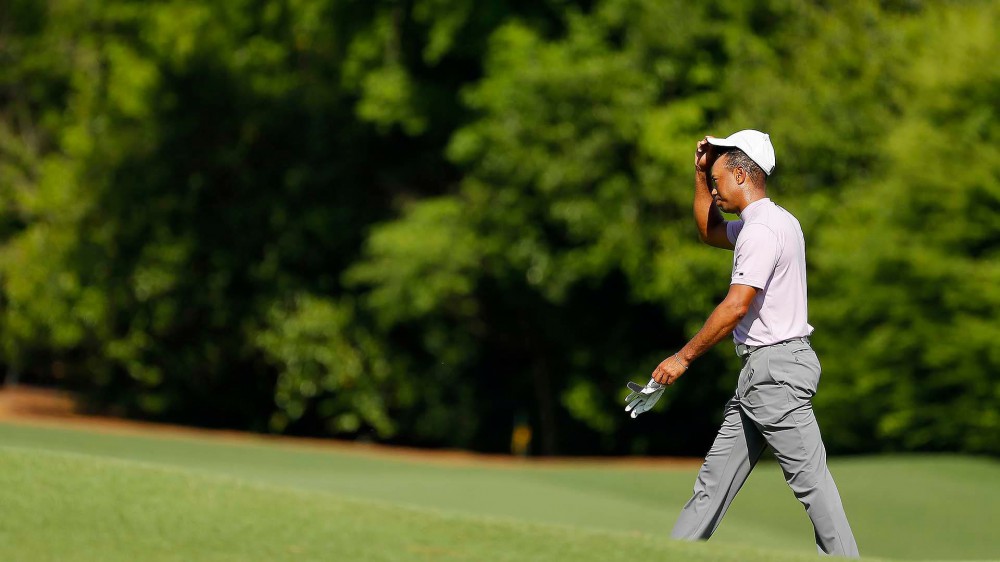