PALM BEACH GARDENS, Fla. – Tiger Woods pleaded guilty to reckless driving on Friday in Palm Beach County and entered a diversion program following his arrest in May on a DUI charge.

Woods attended the seven-minute hearing before judge Sandra Bosso Pardo and will now have 12 months of probation to complete the program. The judge withheld adjudication on the reckless driving charge, which is a second-degree misdemeanor, and the charge could be expunged from his record if he successfully completes the program.

Under the program, Woods is required to pay a $250 fine and court costs, attend a DUI school and undergo a substance abuse evaluation and treatment program. According to state attorney Dave Aronberg, Woods has already completed the DUI school, substance abuse treatment and community service elements of the program.

“Mr. Woods was treated like every other defendant except for the media concerns,” Aronberg said.

Woods will also be subject to random drug and alcohol testing under the program, although he will be allowed to participate in a mail-in probation program each month and will not be required to meet with his probation officer personally. He will also be allowed to travel freely.

Woods was arrested at 2 a.m. on May 29 in Jupiter, Fla., when officers found him unconscious in his Mercedes-Benz, which was parked on the side of the road and had damage to the driver’s side wheels and tires.

Woods didn’t know where he was when asked by officers and he stumbled and swayed through a field sobriety test, police dashboard camera video showed. Woods told officers he was taking the painkiller Vicodin and Xanax, which treats anxiety and insomnia, to cope with his fourth back surgery in April. Tests showed he had three other drugs in his system as well: Hydromorphone, a painkiller commonly known as Dilaudid; Zolpidem, a sleep drug commonly known as Ambien; and Delta-9 carboxy THC, a muscle relaxant that is also the substance the body metabolizes after marijuana is consumed. The tests also showed he had no alcohol in his system.

On June 19, Woods released a statement via Twitter, “I’m currently receiving professional help to manage my medications and the ways that I deal with back pain and a sleep disorder. I want to thank everyone for the amazing outpouring of support and understanding especially the fans and players on Tour.”

Under the diversion program, Woods will be required to make a $250 donation to Palm Beach County victim services and his vehicle will be immobilized for a 10-day period sometime while he’s on probation.

Woods has not competed since February, but he has released a series of videos via social media swinging various clubs in recent weeks and was spotted playing golf this week at the Medalist Golf Club in Hobe Sound, Fla. 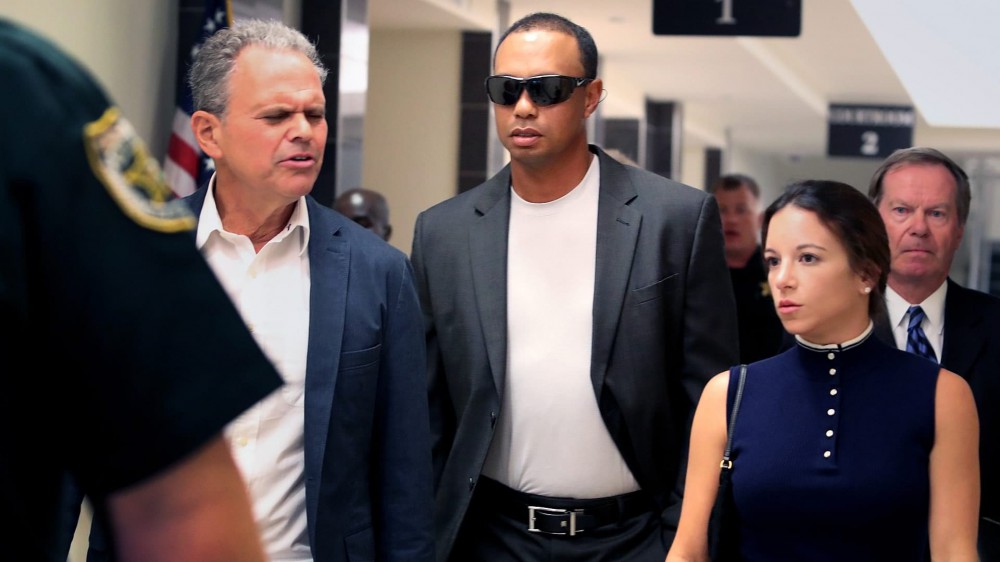 Watch: Woods hits two in the water at the par-3 17th