ORLANDO, Fla. – Tiger Woods will play the first two rounds of The Players alongside a pair of major champions as he looks to return from an injury that caused him to withdraw from Bay Hill.

The PGA Tour announced several featured groups for its flagship event during the final-round telecast of the Arnold Palmer Invitational. Included among them was the grouping of Woods, reigning Masters champ Patrick Reed and defending Players champ Webb Simpson.

Woods has cracked the top 20 in each of his first three starts this year, but he abruptly withdrew from Bay Hill on Monday while citing a neck strain and stating that he “hoped” to be ready for the Stadium Course. Reed’s best finish in five Players appearances is a T-22 two years while Simpson cruised to a four-shot win last year.

Another featured group includes Phil Mickelson, Rory McIlroy and 2012 Players champ Matt Kuchar. Mickelson has been hesitant to formally commit to next week’s event, but he was seen on the grounds at TPC Sawgrass Sunday afternoon after missing the cut at Bay Hill.

Another notable trio includes reigning Player of the Year Brooks Koepka, who will play the first two rounds with Jordan Spieth and Rickie Fowler. Fowler won The Players in memorable fashion back in 2015, while Spieth remains in search of his first top-30 finish of the season.

Justin Rose came up short of reclaiming world No. 1 status this week at Bay Hill, but he’ll have another shot at passing Dustin Johnson next week at TPC Sawgrass. Rose is included in the fourth featured group, playing with Justin Thomas and Xander Schauffele for the first two rounds.

The groups of Woods-Simpson-Reed and Koepka-Fowler-Spieth will play late Thursday and early Friday, while the groups of Mickelson-McIlroy-Kuchar and Rose-Thomas-Schauffele will play Thursday morning and Friday afternoon.

Exact tee times and full-field groupings are expected to be announced on Tuesday. 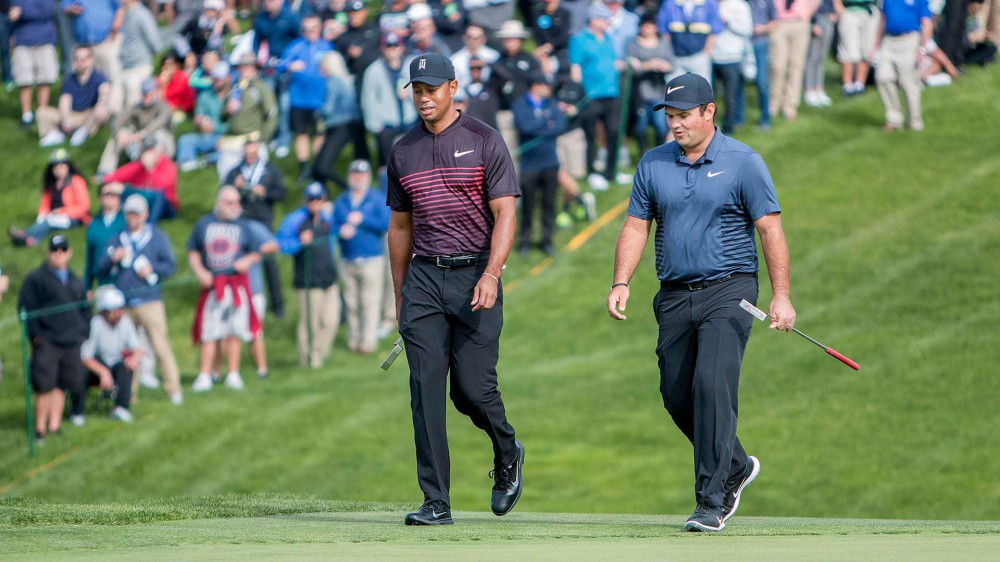