Conversations between Jim Furyk and Tiger Woods have gotten a little awkward.

That’s what happens when Woods, the U.S. Ryder Cup vice captain, needs to assess the prospects of Woods, the player.

“We’re talking about myself in the third person a lot,” he said with a chuckle Tuesday at The Northern Trust. “That’s one of the most interesting conversations I’ve ever had and I’m having a lot of fun with it.

“I’m one of the guys on the short list, and sometimes I have to pull myself out of there and talk about myself in the third person, which is a little odd.”

After placing second at the PGA Championship, Woods finished 11th on the U.S. points list with just eight months of tournament results. Three of Furyk’s four captain’s picks will be announced after the Dell Technologies Championship in two weeks, and barring a late injury, it’s almost a certainty that Woods will be one of those selected.

Still, Woods was named in February as an assistant for his third consecutive team competition, even though he told Furyk at the beginning of the year that he envisioned himself as a player on the 2018 squad.

“I’m very close to making that happen,” he said. “It’s been a long year, and that’s been one of my goals, to make the team. To be a part of that team you have to be one of the 12 best players, and I’m trending toward that.” 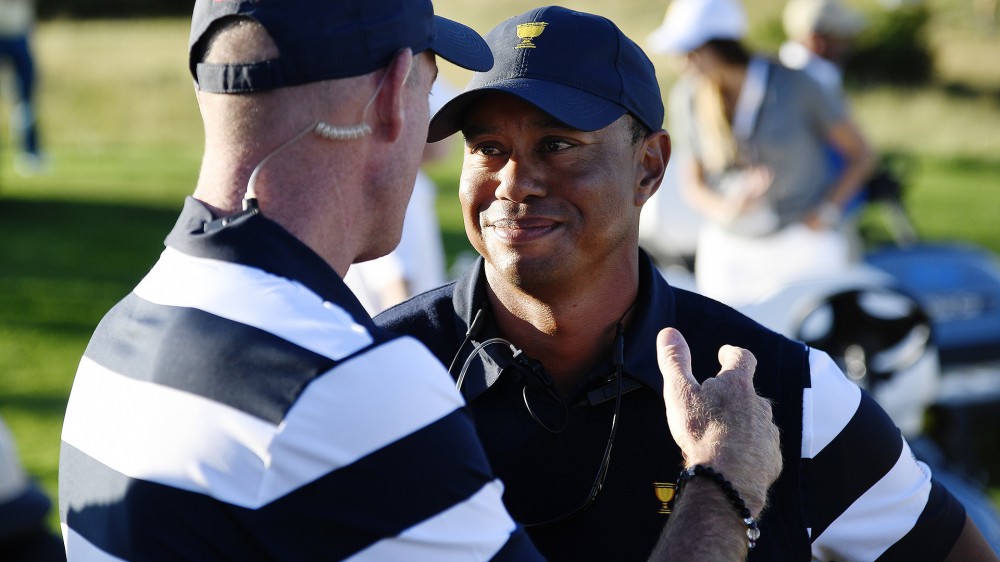