NASSAU, Bahamas – Tiger Woods was able to pick his own playing partner as host of the Hero World Challenge, and he opted to get a front-row seat of Justin Thomas.

The two will tee off together at 12:05PM ET in Round 1 Thursday at Albany.

Woods hasn’t played a competitive round since he withdrew from the Dubai Desert Classic in February with back spasms. Two months after that he underwent a fourth procedure on his back, which he told Golf Channel on Sunday feels better than he ever imagined.

“I am a little surprised,” Woods said. “The fact that I don’t have any pain in my lower back compared to what I was living with for years, it’s just remarkable.”

Just two months ago at the Presidents Cup, Woods told reporters he could only hit 60-yard shots and that he didn’t know when, or if, he’d ever return to competition. On Thursday, he’ll play with the reigning PGA Tour Player of the Year.

Hideki Matsuyama, the 2016 Hero champion, will hit the first tee shot of the tournament at 11:10AM ET on Thursday playing alongside Francesco Molinari. Other notable pairings include Dustin Johnson and Brooks Koepka (12:16PM ET), Kevin Kisner and Rickie Fowler (12:27PM ET) and Matt Kuchar and Jordan Spieth (12:38PM ET). 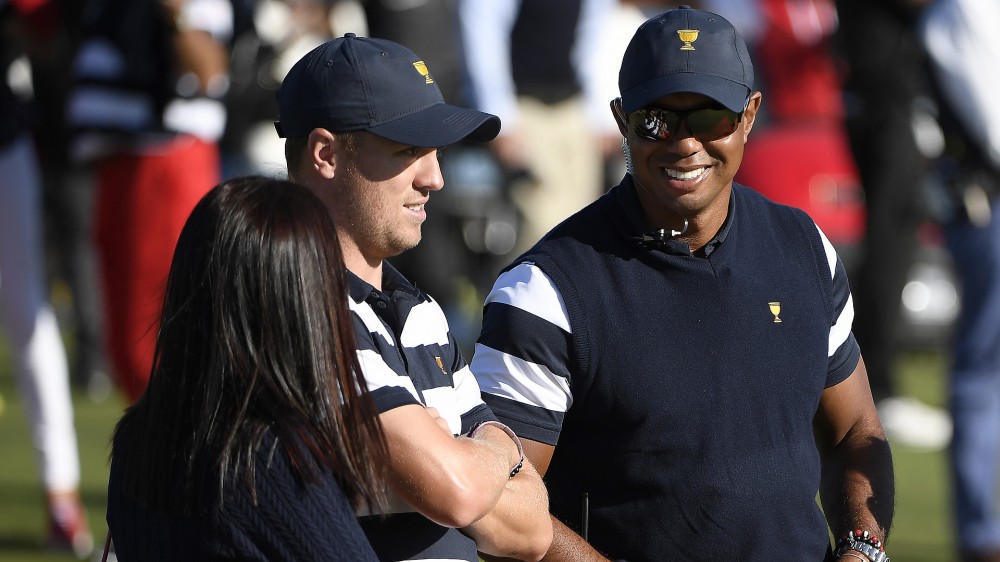