NORTON, Mass. – Inching toward his 43rd birthday, even Tiger Woods can admit that he no longer has time to do it all.

Woods is in the midst of a renaissance season that has included a pair of runner-up finishes, less than two years after he underwent back fusion surgery. His strong play has made him a near-lock to be added next week to the U.S. Ryder Cup team, and should he qualify for the season-ending Tour Championship it would make the biennial matches his fifth event in a six-week stretch.

Woods didn’t practice much in the immediate aftermath of a T-40 finish at The Northern Trust, and following an opening-round 72 at the Dell Technologies Championship he shared that efficiently managing his time on the course has become an increasing priority.

“That’s what I’m trying to figure out, is how much to practice,” Woods said. “When I do work on things, I’ve got to pick which part of the game to work on. I can’t do it all like I used to. I have to pick certain parts and certain days to work on different things.”

Woods started this week at No. 25 in the points race, meaning that he is far from a lock to make the 30-man finale next month at East Lake. But if he manages to qualify, it would mean his nine-week stretch from the WGC-Bridgestone Invitational through the Ryder Cup could include as many as seven starts, capping Woods’ most active season on Tour since his five-win campaign in 2013.

While earlier in his career he could have mixed a full on-course practice session with an intense workout and a four-mile jog, he has adjusted to the fact that those days are long behind him.

“That’s where it has really, really changed,” Woods said. “I can’t do those things anymore. Not like that, not that volume. Just the sheer volume. I just have to pace myself.” 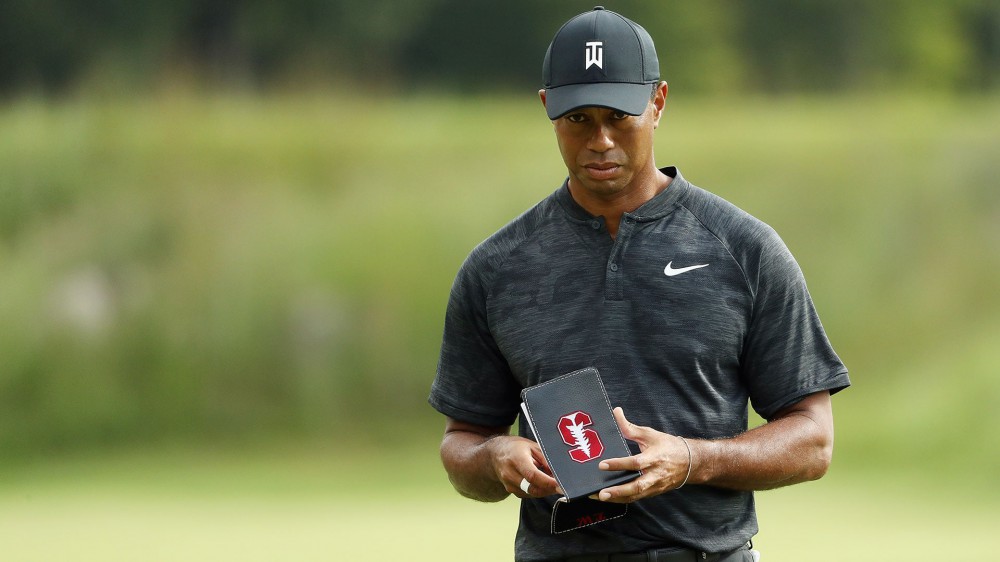