PONTE VEDRA BEACH, Fla. – Tiger Woods confirmed his plans to tee it up in the WGC-Dell Technologies Match Play Championship later this month, lending clarity to lingering questions about how he will conclude his Masters prep.

Woods tied for second last year in his debut appearance at the Valspar Championship, but he was not a part of the published field for next week’s event in Tampa when it was released Friday afternoon. That left all signs pointing to Austin, as Woods’ world ranking (11th) is easily high enough to qualify him for the 64-man field.

Woods has yet to officially commit to the tournament, but he left no doubt about his plans with his comments following a third-round 72 at The Players Championship.

“Well, I’m guaranteed to play three rounds in a couple weeks, and so that’s basically like a tournament and we’ll see from there,” Woods said. “The whole idea is not, as I told you guys end of last year, I’m not going to play as much as I did last year. That was an awful lot.”

Woods has not played the Match Play since 2013, when it was a single-elimination tournament held at Dove Mountain in Arizona. He lost, 2 and 1, to Charles Howell III in the opening round that year. The event moved to Austin Country Club in 2016, a course Woods has never played before, and now utilizes a round-robin format with four-man groups.

A trip to Austin will likely mark Woods’ final appearance before he heads down Magnolia Lane. While he could theoretically add the Valero Texas Open, held the week between the Match Play and the Masters, Woods has never played a competitive tournament the week before the Masters in his 22-year pro career. 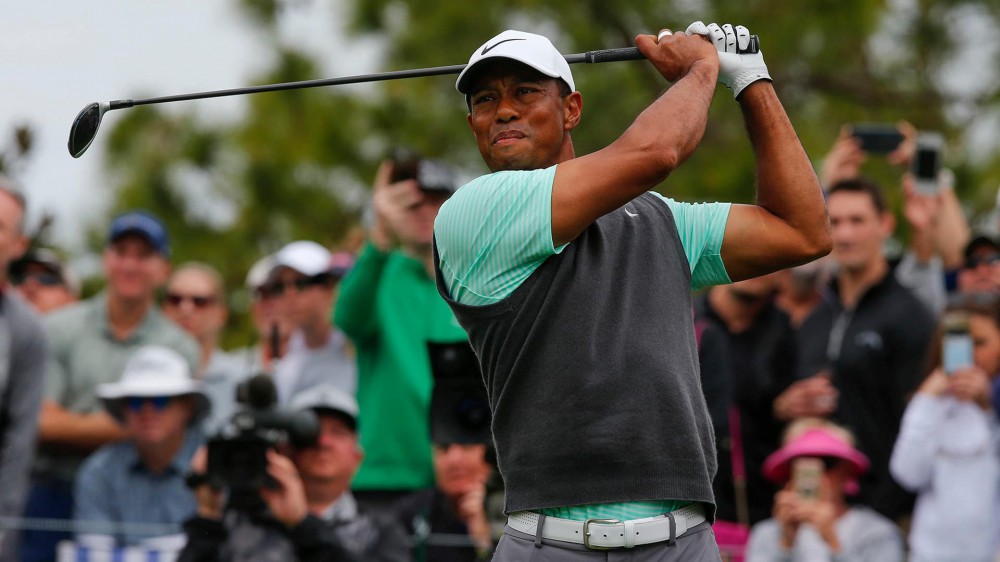 Watch: Cook holes out, walks off

Koepka's game 'where it should be' even after injury