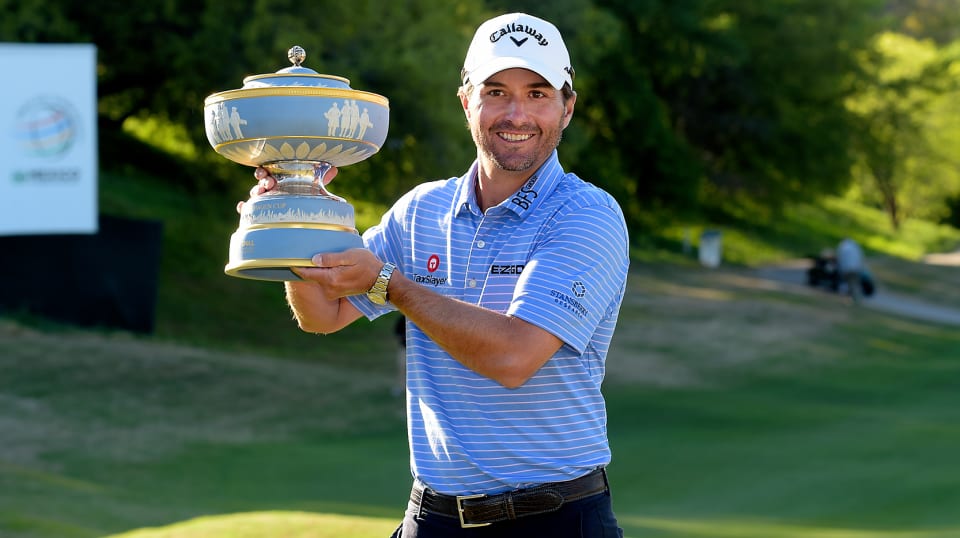 The 64-player field is set, and the World Golf Championships-Dell Technologies Match Play is ready to return to the TOUR schedule after being cancelled last season due to the COVID-19 pandemic.

The 16 groups will be filled out Monday and the draw can be watched live on the PGA TOUR’s digital platforms beginning at 11 a.m. ET.

Kevin Kisner returns to defend his title from 2019 after defeating Matt Kuchar 3 & 2 in the final.

FIELD NOTES: Reigning FedExCup champion Dustin Johnson headlines the field. Johnson won the Match Play in 2017… Players who qualified but are not competing include Tiger Woods, Gary Woodland, Brooks Koepka, Justin Rose, and Adam Scott… Seventeen different countries are represented… Justin Thomas makes his first start since winning THE PLAYERS Championship… Jason Day hasn’t won on the PGA TOUR since 2018, however, he is a two-time Match Play winner… Twenty-two golfers will be making their Match Play debuts including TOUR winners Sungjae Im, Viktor Hovland and Matthew Wolff alongside major champion Collin Morikawa and Korn Ferry Tour Points leader Will Zalatoris… All of the top-10 golfers in the Official World Golf Ranking are teeing it up in Austin.

COURSE: Austin Country Club, par 71, 7,108 yards (yardage subject to change). This marks the fifth Match Play event for the Pete Dye design. Believed to be the oldest club in Texas, the course has roots dating back to 1899 but was relocated twice before coming to its current location. The front nine is on higher ground while the back nine is on lowland alongside Lake Austin.

STORYLINES: Can Kisner continue his match-play prowess? The last two times the Match Play has been contested Kisner has finished 1-2… Former Texas Longhorn Jordan Spieth is looking for some Lonestar Love this week as he looks to continue his fine play this season. Spieth struggled Sunday at THE PLAYERS but came into that week finishing T4-T3-T15-T4… Morikawa is looking to become the first golfer since Johnson in 2017 to win the first two World Golf Championships of the calendar year. Johnson won the WGC-Mexico/Match Play double that season, while Morikawa is looking to back up his WGC-Workday Championship at The Concession win… Tiger Woods is the leader in all-time matches played at the Match Play with 48. However, that record will be eclipsed by Sergio Garcia this year after the round robin play. Garcia sits at 46 matches played. Ian Poulter is at 45 matches played and could pass Garcia depending on who goes further.

LAST TIME: Kevin Kisner birdied the first hole in the final match and never looked back, defeating Matt Kuchar 3 & 2. Kisner was 2-up through eight holes but lost the ninth to a Kuchar birdie. Kuchar made a double bogey on the par-3 11th and that sparked the beginning of the end, as Kisner won the par-4 15th. When Kuchar could only match Kisner’s birdie on the par-5 16th, the victory was secured. Francesco Molinari defeated Lucas Bjerregaard (who had knocked off Tiger Woods 1-up in the semifinals) in the third-place match by a score of 4 & 2. The biggest upset came in the Round of 16 when the highest-ranked golfer left – No. 2 Justin Rose – was defeated 2-up by the lowest-ranked golfer left – No. 57 Kevin Na.