It was an afternoon to forget for world No. 1 Dustin Johnson at the RBC Heritage.

After knocking in nearly 160 feet worth of putts in the third round, Johnson entered the finale at Harbour Town with a one-shot lead as he sought his third worldwide win of the year. Even after a slow start, he made the turn in even par to retain a share of the lead amid a crowd of contenders.

But things went south very quickly for Johnson, whose title chances crumbled in a five-hole stretch from Nos. 11-15. A wayward drive on 11 led to a bogey, and he dropped another shot on the par-4 12th. He made his third bogey in a row on No. 13, where he missed the green from 117 yards away in the fairway.

Things got worse on the par-3 14th, where he dropped two shots after hitting his tee shot into the water, and he made another double bogey on No. 15. It added up to a five-hole stretch in which Johnson was 7 over, and even after a birdie on the final hole he fell from the lead into a tie for 28th. His final-round 77, which included a 6-over 41 on the back nine, beat only defending champion Satoshi Kodaira (82) among players who made the cut.

Despite his 54-hole position, this snaps a run of five straight stroke-play starts in which Johnson cracked the top 10, a stretch that started at the Genesis Open in February and included his win at last month’s WGC-Mexico Championship. This is actually the third time that Johnson has shot 77 or higher in the final round when starting with the lead, two more than any other player in the last 15 years. The other instances came at the 2010 U.S. Open at Pebble Beach and the 2017 WGC-HSBC Champions. 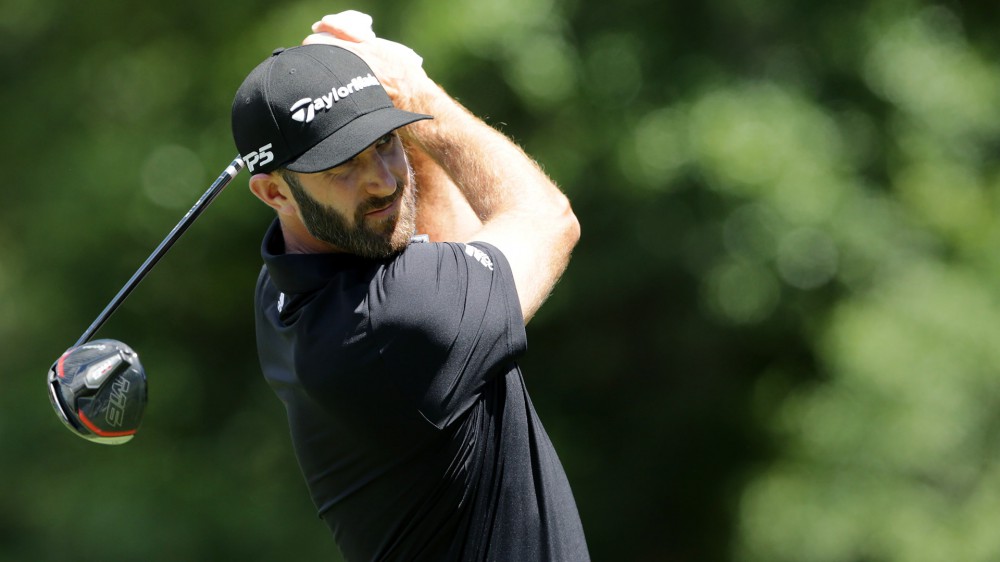