PALM HARBOR, Fla. – When Paul Casey stepped to the 17th tee on Sunday at the Valspar Championship he had a good idea what was on the line.

After starting the day an hour and 20 minutes before and five strokes behind the leader, the Englishman had moved atop the leaderboard thanks to three consecutive birdies starting at the 11th hole.

After scrambling for par at the 16th hole, he knew he needed to finish strong at the par-3 17th and par-4 18th holes. That’s when things became intense.

McLaren had incorrectly marked Sunday’s hole location at No. 17, which was 12 paces on and four paces from the left edge. After consulting with the separate greens book the duo quickly identified the mistake, although Casey’s 8-iron came up just short of the green.

“It was the right club. We corrected it. It wasn’t an error in the end. It was all good,” smiled Casey, who made par at the last two holes for a 65 and a one-stroke victory over Tiger Woods and Patrick Reed. 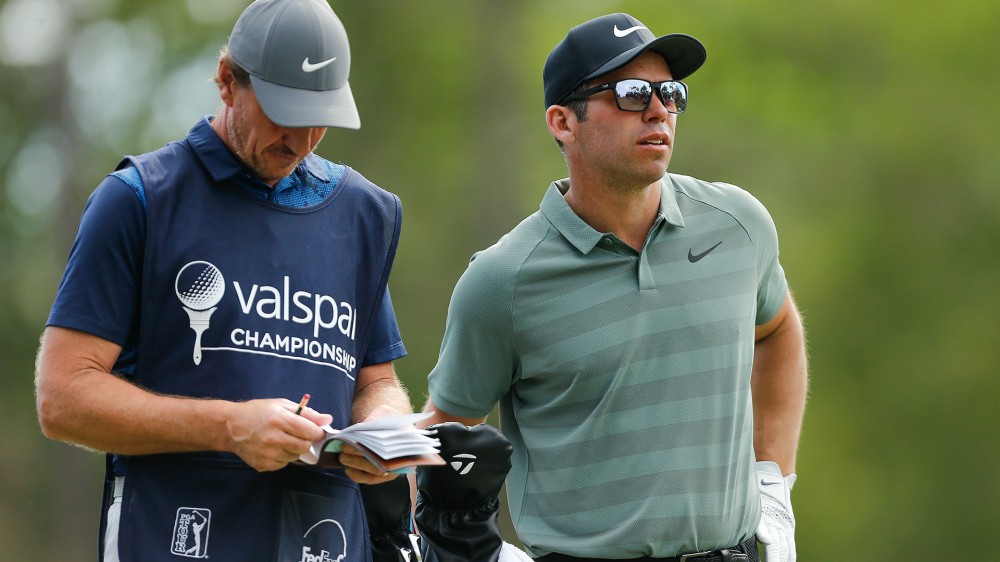 Nantz on Romo: 'He's going to play in a Tour event'