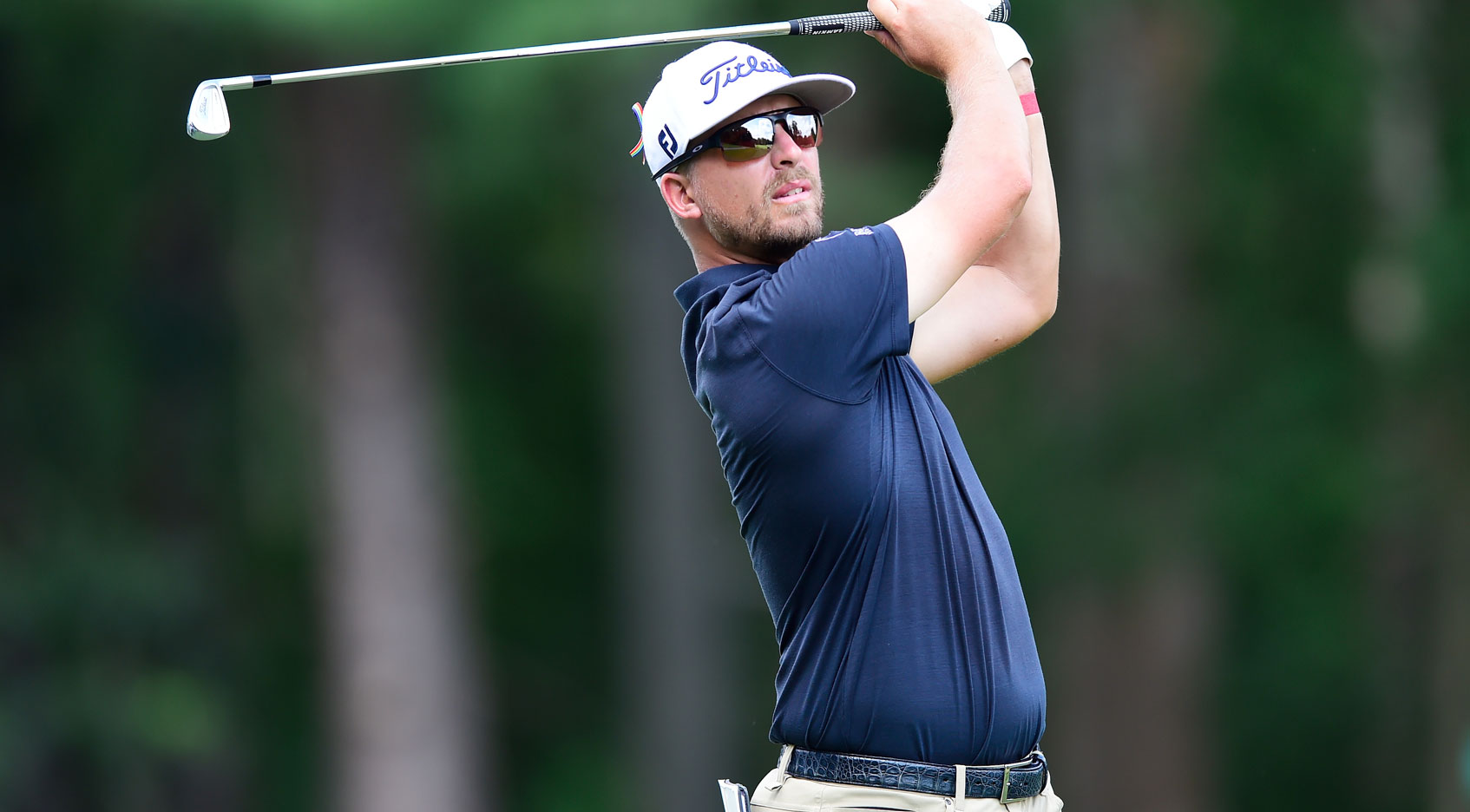 GREENSBORO, N.C. – There’s a lot on the line at this week’s Wyndham Championship at Sedgefield Country Club. The top 125 in the FedExCup standings advance to the Playoffs next week and the Wyndham Rewards Top 10 competition will be decided.

Here’s a quick look at each one after Thursday’s opening round, played under cloudy skies and halted at 6:08 p.m. by a thunderstorm with 33 players on the course. Players will return to complete the first round at 7 a.m. ET and the second round will begin as scheduled.

At stake: The 125 spots in the upcoming FedExCup Playoffs. Players who finish outside the top 125 after this week will see their seasons end. Unlike in past seasons, though, all players who were exempt this year will retain their eligibility for the 2020-21 campaign due to the schedule reduction caused by COVID-19.

Latest projections: Roger Sloan, Chesson Hadley and Hank Lebioda – who was playing the 17th hole when play was halted — are currently projected to move into the top 125 while Fabian Gomez, Russell Knox and bubble boy Charl Schwartzel are projected to drop out. … Of those, Roger Sloan, who is in a three-way tie for the lead, made the biggest move, jumping from No. 178 to 49th. … Hadley, who lives in nearby Raleigh and is tied for fifth after a 65, is projected to make a 26-spot jump to No. 110. … Leboida, who is also currently in the logjam at 5 under, had jumped 22 spots to No. 116 when play was halted … Gomez has fallen four spots to No. 126, Knox has dropped three to No. 127 and Schwartzel has dropped three to No. 128. … Seven of the last 10 players who came to Sedgefield ranked No. 125 have advanced to the Playoffs but the three who were eliminated have been in the last four years. … Sloan said he doesn’t feel as much pressure as he might have this week given that he has a card for next season – regardless of what happens. “Now, with that being said, you know, obviously I really want to be in the Playoffs next week, I want to make a good push,” he said after shooting 62. “We’re starting to play some really good golf so I think you can string together a few really good weeks at the right time of year and make a little bit of noise at the right time.”

Stuck in neutral: Brooks Koepka was ranked 208th in the FedExCup when the PGA TOUR returned to action after the three-month layoff due to COVID-19. The Wyndham Championship is his eighth straight tournament. … His tie for second at the World Golf Championships-FedEx St. Jude Invitational moved him from No. 155 to 96th. Koepka came to Greensboro ranked No. 92 hoping to give himself a boost as he tries to make it to the finale in Atlanta for the fifth time in six years. … But he said he came out flat on Thursday, shooting a 2-over 72 to fall one spot. Even so, Koepka said he never thought about taking a week off. … “Not really, because I thought even if I gain one spot in the FedEx, it makes it that much easier for next week, so you’ve got to play, see where you’re at,” he said. “I mean, I don’t think I’ve ever played more than four in a row pretty much out here. It will be quite a long stretch, but I’ve got to do what I’ve got to do.”