SAN DIEGO – For nearly a decade Ryan Palmer was a stranger at Torrey Pines, opting instead for other West Coast venues to get his season started. But last year that changed.

For the first time since 2010 Palmer added the Farmers Insurance Open to his schedule last year and he played his way into a playoff, which was won by Jason Day.

“I like the fact that you’ve got to play golf,” said Palmer, who is in the hunt again at Torrey Pines. “Last week, every birdie putt you missed you feel like you lose a shot. This week you take your birdies when you can and it takes good golf, solid golf.”

That’s generally true on the South Course, which is by any measure a major championship venue, but Palmer didn’t seem to have a problem making birdies on Friday. He recorded seven birdies and two bogeys for a 67 that left him five shots off the lead and tied for third place.

Palmer said the key to his play this week has been his putting. He ranks 10th for the week in strokes gained: putting, and needed just 25 putts on Friday.

“I spent a year, year and a half grinding with the claw [putting grip]. After the last few years I’m getting more comfortable, more confident and just started seeing more putts go in,” he said. “Out here, if you go in, get that mindset right, confident mindset, you’re going to start seeing the line a lot better and right now I’m doing that.” 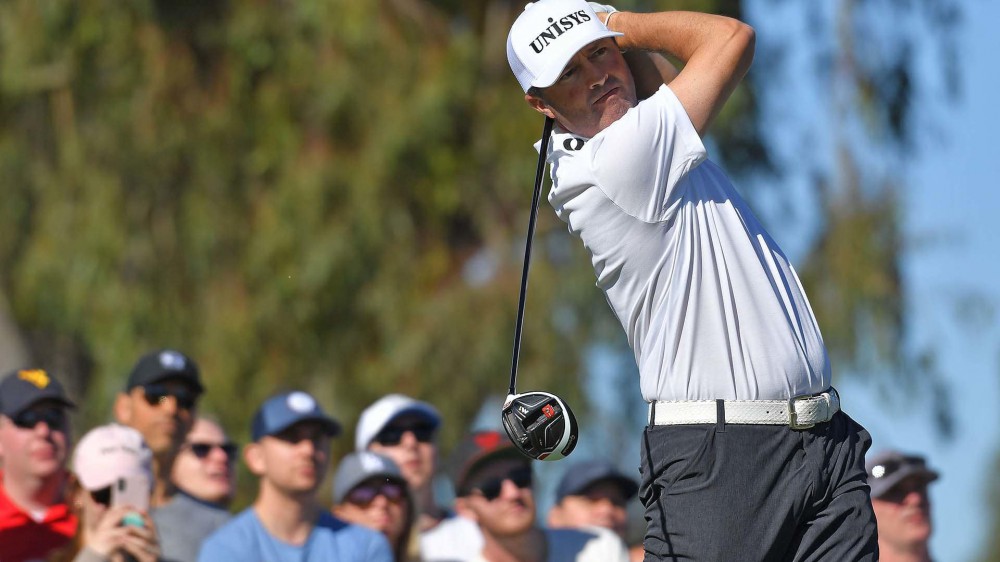