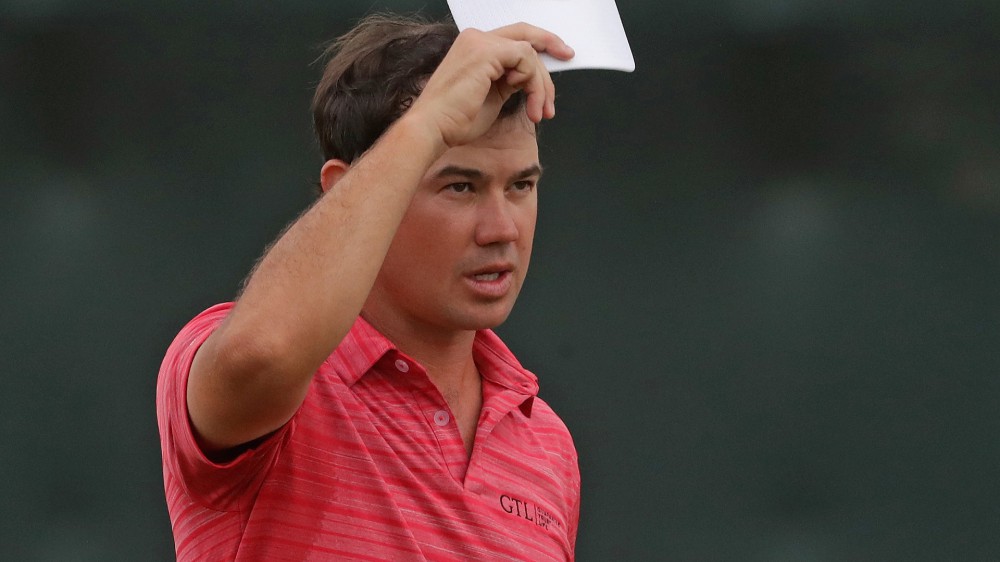 ERIN, Wis. – It’s a jam-packed leaderboard with more red figures than we’re used to seeing at a U.S. Open. Here’s what You Oughta Know heading into the final round at Erin Hills, where Brian Harman holds a one-shot lead as he looks to close out the biggest win of his career:

• Harman, 30, has two career PGA Tour victories. He won earlier this year at the Wells Fargo Championship, edging Dustin Johnson with a birdie on the 72nd hole, and got into this week’s field via his top-60 world ranking.

• Harman is looking to become the first left-handed player to win the U.S. Open and would join Tiger Woods, Johnny Miller and Jordan Spieth as players to win both the U.S. Junior Amateur and U.S. Open.

• Harman’s best career finish in a major came at The Open in 2014 when he tied for 26th. He missed the cut in his prior two U.S. Open appearances.

• Justin Thomas is among the trio of players one shot back. Thomas became the first player to ever shoot 9 under in a U.S. Open round and is in search of his fourth win of the 2016-17 season.

• The previous 13 major winners have averaged a world ranking of No. 13. Thomas entered this week as the 13th-ranked player in the world.

• Tommy Fleetwood is one shot back after making just his second cut in eight major starts. The Englishman is in search of his first PGA Tour win but was a runner-up to Johnson earlier this year at the WGC-Mexico Championship.

• Brooks Koepka rounds out the trio at 11 under as he looks to finish T-21 or better in his eighth straight major. Koepka’s best major finish is T-4 at both the 2014 U.S. Open at Pinehurst and the 2016 PGA Championship at Baltusrol.

• Rickie Fowler is alone in fifth, two shots behind Harman. He is in search of his first major and sixth top-5 finish in the majors, although he hasn’t had one since going 4-for-4 during the 2014 majors season.

• The scoring at Erin Hills has been much lower than most U.S. Opens. There are five players in double digits under par through 54 holes – a mark that only six players reached at any point during the previous 116 iterations of the event.

• Experience is not a big factor on the current leaderboard. In order to find a major champion you have to go all the way down to Sergio Garcia and Louis Oosthuizen at T-17, meaning it’s likely the trophy will be handed to a first-time winner for the seventh straight major.

• Recent history favors those near the top. Seven of the last nine U.S. Open winners were either first or second after 54 holes, while 10 of the last 13 majors were won by players who held at least a share of the 54-hole lead.