Home Golf News & Information Zalatoris back at Pebble Beach, now as a top-50 player in the world 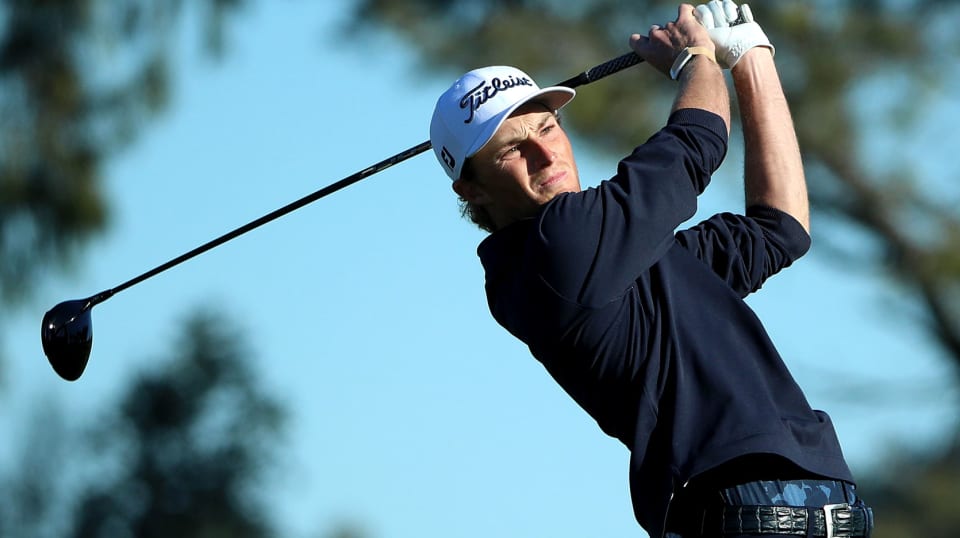 The AT&T Pebble Beach Pro-Am is where Will Zalatoris earned his first check on the PGA TOUR. He played well enough in the first two rounds to appear on the leaderboard and played Saturday at Pebble Beach with Tony Romo in the group behind the beloved Bill Murray.

“Coming straight out of college and being thrown into that, … it’s stuff I’ll remember forever,” Zalatoris said Tuesday.

“I bought a plane ticket to go to the Monday qualifier for L.A,” Zalatoris said Tuesday.

Three years later, Zalatoris is back at Pebble Beach and this time he’s making his first start as a top-50 player in the world.

Zalatoris moved to 49th in the world ranking – just two spots behind Tiger Woods – after finishing T17 at last week’s Waste Management Phoenix Open. It was his 17th top-20 in his last 19 starts, a run that dates back to the Korn Ferry Challenge at TPC Sawgrass, the first event after the Korn Ferry Tour resumed its season in 2020.

This is Zalatoris’ ninth event on the PGA TOUR this season. He’s used sponsor exemptions and top-10 finishes to earn starts. He could start getting into some of the game’s biggest tournaments if he can remain in the top 50 of the Official World Golf Ranking in the coming weeks.

The top 50 at the end of this week earn a spot in the World Golf Championship at The Concession Golf Club in two weeks. Zalatoris will earn a start at THE PLAYERS if he’s still in the top 50 on March 1, the day after that WGC ends. His world ranking will likely get him into the WGC-Dell Technologies Match Play in late March, as well. That tournament is open to the top 64 in the OWGR.

And, if Zalatoris remains in the top 50 of the OWGR after the Match Play, he will make his Masters debut in April.

“I probably wouldn’t have even tried to qualify for the (U.S.) Open if COVID didn’t happen just because I was so focused with the Korn Ferry Tour,” Zalatoris said Tuesday. “I got fortunate enough to get a start and finish sixth at the (U.S.) Open and then turn that into special temporary status.”

He has added three top-10s since then. His four top-10s are third most on TOUR, behind only Harris English and FedExCup leader Xander Schauffele, who each have five.

Zalatoris has earned special temporary membership, which allows him to accept unlimited sponsor exemptions this season, but he won’t be eligible for the FedExCup Playoffs unless he wins this season. He would be 29th in the standings if he were a member. He will have a card for next season if his total of non-member points is greater than or equal to No. 125 in the FedExCup at season’s end.

One of Zalatoris’ coaches will text him each week to say, “Another great opportunity to win this week.”

The site of his first PGA TOUR paycheck is as good a site as any.