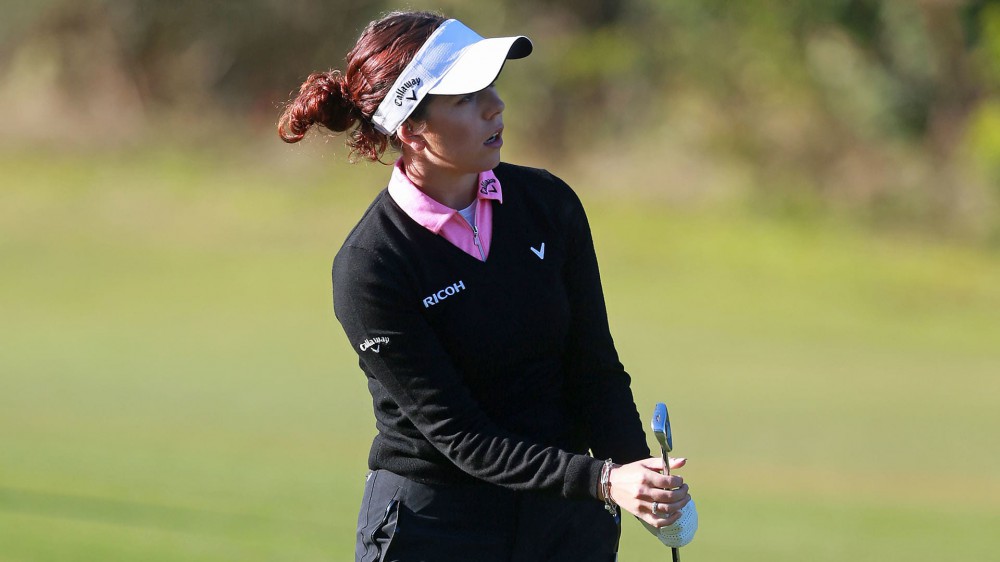 It lasted way too long for her liking.

After breaking through to win the Women’s British Open as her first LPGA title late last summer, she moved into the top 10 in the Rolex Rankings, becoming the first woman from England to do so since the rankings were created 13 years ago.

She hit her best form in the second half of last year.

“We were in the off season six or seven weeks, and I really hated it,” Hall said. “I just really wanted to get back on the golf course.”

And she really wanted to get off to a good start in this week’s season-opening Diamond Resorts Tournament of Champions.

“I think in the first round, I put a little pressure on myself,” Hall said, about opening with a 2-over-par 73. “I was a bit nervous, which was a little bit strange, but now I’m getting into it.”

Hall followed her slow start with a 66 on Friday and a 69 on Saturday. She is tied for 10th going into the final round, eight shots off the lead.

The quick bounce back pleases Hall.

“I really worked hard, probably the hardest I ever have, in the off-season.”

“It just takes a little time to get used to it,” Hall said. “You have to be in your own bubble when you are playing, and then you can’t expect too much of yourself.”

Hall said she is working on all of that.