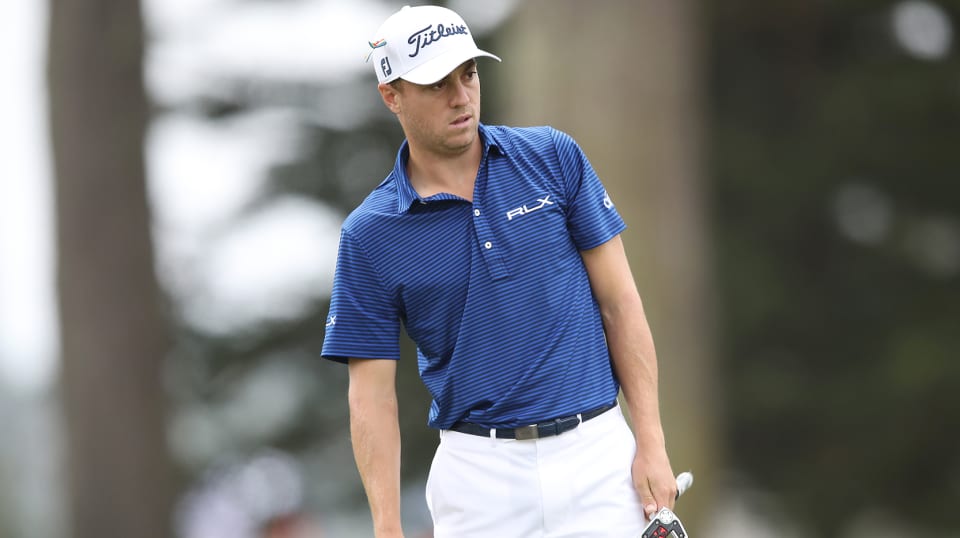 NORTON, Mass. – Measure his golf in any fashion that suits your fancy, but it is difficult to think that you would start with any word beyond ‘consistent’ when it comes to praising Justin Thomas.

Brilliantly consistent, to tell the truth, and you can peel back impressive layers to find the way in which he captured the Wyndham Rewards Top 10 for being the top-ranked player in the FedExCup standings at the end of the regular season.

A quick look at Thomas’ accomplishments this season:

* The only three-time winner thus far in 2019-20, Thomas has prevailed in each of the three phases to this season – the C.J. CUP @ NINE BRIDGES in South Korea in the fall; the Sentry Tournament of Champions on Maui in January; and the World Golf Championships-FedEx St. Jude Invitational after the three-month break necessitated by the pandemic.

* He has finished in the top 10 in nine of his 15 starts, and in the 12 tournaments in which he went 72 holes, Thomas finished outside the top 18 just once, that being a T-37 at the PGA Championship two weeks ago.

* Thomas has missed just three cuts this season and only seven since 2017-18. You would have to go back four seasons to the last time he missed consecutive cuts. (Oh, and he followed those three straight by winning the PGA Championship two tournaments later.)

Given this penchant for consistency, Thomas is thrilled that it parlayed into the top spot in the Wyndham Rewards, as he had come up short in that regular-season quest in recent years. He was 17th in last year’s Wyndham Rewards Top 10, missing out on his piece of the inaugural bonus pool.

He answered by taking home the top prize this year.

That he was able to overcome the small hole he had dug for himself to rally and win the 2016-17 FedExCup is a special memory, but Thomas is taking great pride in this newest achievement – winning the Wyndham Rewards – and putting everyone in pursuit of him.

“It’s great coming into the start of the Playoffs No. 1,” he said Tuesday in advance of THE NORTHERN TRUST at TPC Boston. “Some people might argue that you want to be chasing, but personally, I like my chances a lot more the further up I am.”

Yes, he knows those words could raise eyebrows and get folks to recall last year’s TOUR Championship. Thomas, having started the Playoffs at 17th in the standings, had roared into No. 1, thanks to a share of 12th at THE NORTHERN TRUST and a win at the BMW Championship. He had everyone chasing him, which is what he liked; but he also started the final FedExCup tournament with a two-stroke lead, which unsettled him.

“I mean, it was weird,” said Thomas of the first year of the Starting Strokes format that was instituted to reward players for their FedExCup standing. As the leader, Thomas was 10 under before hitting a shot, two ahead of the player who was second in the standings (Patrick Cantlay). Those in third, fourth, and fifth position started 7, 6, and 5 under, respectively, and onward down to players ranked 26th to 30th who started at even par.

“Nobody in golf can say that they have ever teed it up on Thursday with a two-shot lead and leading the entire field, so I didn’t know how to react – and nobody really would.”

Which isn’t to say that Thomas doesn’t want to maintain his No. 1 spot into the TOUR Championship in two weeks, because he most certainly does. It’s called experience.

“I do know that if I get to that spot once (with a two-shot lead) I tee it up on Thursday in Atlanta, I will have a little bit better idea how to handle it,” said Thomas. “I didn’t go about it the right way, (but) if I put myself in that position again, I’ll handle it a lot better.”

When he opened with an even-par 70, Thomas was still at 10 under, but tied by Xander Schauffele and Brooks Koepka, who had shot 64 and 67, respectively. By 36 holes, Thomas was 12 under and one behind Koepka, and through 54 he was 11 under and tied for fourth. Rory McIlroy closed with 66 to finish at 18 under and win the FedExCup by four over Schauffele, with Thomas and Koepka tied for third, five back.

So, the format might have left a sour taste in his mouth, but Thomas would love another crack at it. He’s taken a huge first step by winning his first Wyndham Rewards and given that he’s now triumphed 13 times in 148 PGA TOUR starts as a pro, he’s also got his colleagues’ attention.

“Like always, it’s very, very hard to compare anyone to Tiger. You could say it’s unfair,” said Adam Scott, who demonstrated his diplomatic touch, because the truth is, you are foolhardy and reckless to compare anyone to Woods. But from where Scott sits, Thomas is the guy who presents an intriguing picture.

After all, at 27 Thomas has already won a major, two WGCs, two FedExCup Playoffs events, on FedExCup and tournaments in South Korea and Malaysia.

“Justin Thomas, when his name is on the leaderboard, he seems like a very good closer. I know he’s had a couple close calls, but that’s what happens when you’re up there all the time. You lose a couple, but he’s winning a lot.”

The Wyndham Rewards is the latest to his trophy case. A second FedExCup is next in his sight.