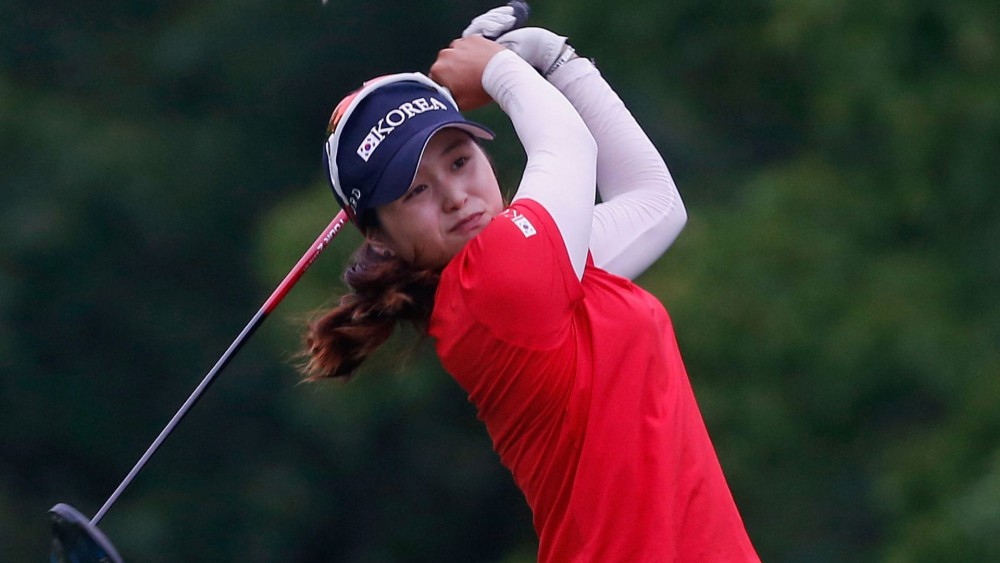 BEDMINSTER, N.J. – Hye-Jin Choi is yet another young South Korean poised to make her introduction to the rest of the world in a big way at the U.S. Women’s open.

Choi, a 17-year-old amateur, climbed into contention at Trump National on Friday with a 3-under-par 69, moving her just two shots behind Shanshan Feng (70), the second-round leader.

Choi is a member of the Korean National Team and No. 2 in the World Amateur Golf Ranking. She tied for seventh in the LPGA’s ISPS Handa Women’s Australian Open.

“When I was traveling over here, my goal was to make the cut,” Choi said through a translator. “And if I made the cut, I was just looking for a top 10. So, I’m already very happy with what I’m doing, and I’m not going to feel any pressure. Just here to have fun.”