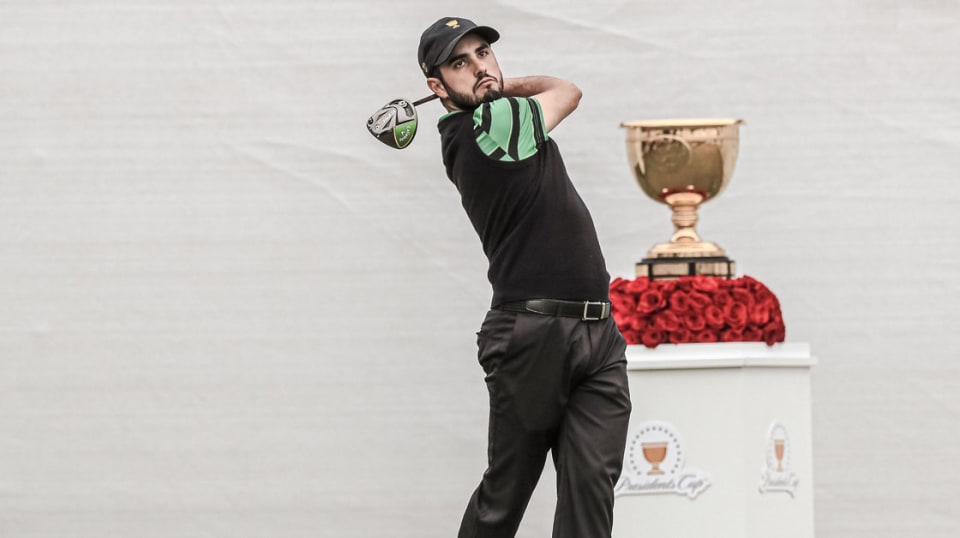 It has been one year since the Tiger Woods-led United States Team lifted the Presidents Cup at The Royal Melbourne Golf Club after one of the most memorable matches in history. It took a valiant comeback on Sunday for the U.S. to catch an underdog International Team, which was comprised of a record seven Presidents Cup first-timers.

One of those rookies, Abraham Ancer of Mexico, made plenty of noise Down Under as the 28-year-old earned 3.5 points to lead the International Team. While his memorable play at Royal Melbourne is in the rearview mirror, Ancer’s charitable impact from the 2019 Presidents Cup is just beginning to be felt.

As is tradition at the Presidents Cup, players and captains are not paid for their participation. Instead, each is granted a specific charitable allocation to donate to organizations of their choice.

Ancer, who holds dual citizenship in Mexico and the United States, calls San Antonio home and designated the First Tee of Greater San Antonio to receive a portion of his Presidents Cup charitable funds.

As of this past weekend, the effect of that donation was on full display at TPC San Antonio.

“We were extremely excited to launch this inaugural tournament as a result of the funds we have received from Abraham Ancer & the Presidents Cup,” said Carrie Kimbell, Executive Director of First Tee Greater San Antonio.  “Through his generosity, First Tee Greater San Antonio is able to provide even more local opportunities for these amazing kids.”

What ensued on the golf course created lasting memories for the youth and their professional captains.

With San Antonio leading 7-5 entering Sunday afternoon’s Singles matches, it came down to the final two matches, with San Antonio’s Lindsay Lee taking a 2-up lead to the 17th hole and securing the deciding ½ point for her team. Final Score: San Antonio 11, Austin, 9.

As the memories from a historic conclusion in 2019 at Royal Melbourne slowly fade, the charitable mission of the Presidents Cup is still hard at work around the world. This time, the symbol of its impact was brought to life through fist pumps, high fives and plenty of smiles.