STILLWATER, Okla. – The No. 1 seed in match play has still never won the women’s NCAA Championship.

That dubious distinction continued Tuesday at Karsten Creek when Arizona knocked out top-seeded UCLA on the final hole of the final match.

With the matches tied at 2 apiece, the anchor match between Arizona junior Bianca Pagdanganan and UCLA freshman Patty Tavatanakit was tied on the 18th hole, a par 5 that’s reachable in two shots by many.

Tavatanakit was just short of the green in two and Pagdanganan, the Wildcats’ hero from Monday when she made eagle on the last hole to give her team a shot at match play, blasted her second shot onto the green. Tavatanakit failed to get up and down – missing a 4-footer for birdie – and Pagdanganan two-putted for birdie to give Arizona the victory.

“We’re lucky to be in match play,” Arizona coach Laura Ianello said. “Let’s ride the highs. Why not?”

Arizona will now face Stanford in the semifinals. The Cardinal, the 2015 champion and 2016 runner up, has qualified for match play in each of the past four seasons. They beat Northwestern, 3-2, in the quarterfinals to advance.

USC will face Alabama in the other semifinal, meaning three Pac-12 teams have advanced to the Final Four. The Crimson Tide had an easy go of it in their quarterfinal match against Kent State, winning 4-1. The decisive victory gave Alabama extra rest for its afternoon match.

Duke’s Leona Maguire won the first match and the second match was halved, but USC swept the last three matches with Gabriela Ruffels, Alyaa Abdulghany and Amelia Garvey all winning to propel the Trojans into the semifinals. 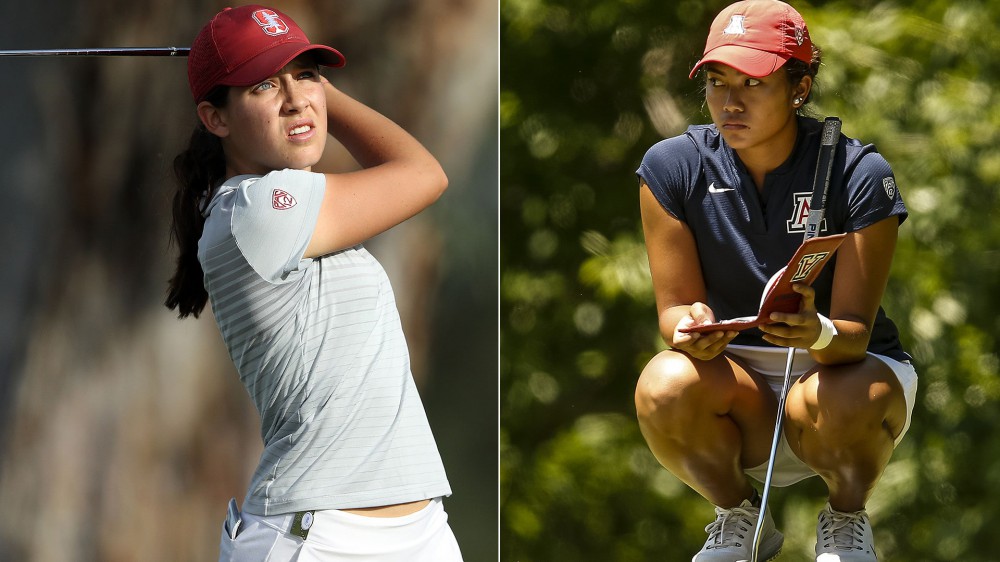