The two college superstars who wowed the golf world when coming down the stretch at the inaugural Augusta National Women’s Amateur will make their professional debuts at the U.S. Women’s Open this summer after winning their qualifiers on Monday.

Fassi, on the other hand, qualified out of the Country Club of Ocala in Florida, with rounds of 65-74  to win by five shots. The second spot in that qualifier was taken by another college standout, Sierra Brooks from the University of Florida, who qualified by way of a playoff.

Kupcho is a senior at Wake Forest University and Fassi is a senior at the University of Arkansas. Both deferred their LPGA status after earning tour cards through qualifying school in order to finish out their college golf careers. They now hope to lead their team out of NCAA Regionals next week to qualify for the NCAA Championship on Arkansas’ home turf, The Blessing Golf Club.

The U.S. Women’s Open will be played at the Country Club of Charleston, South Carolina, May 30-June 2. 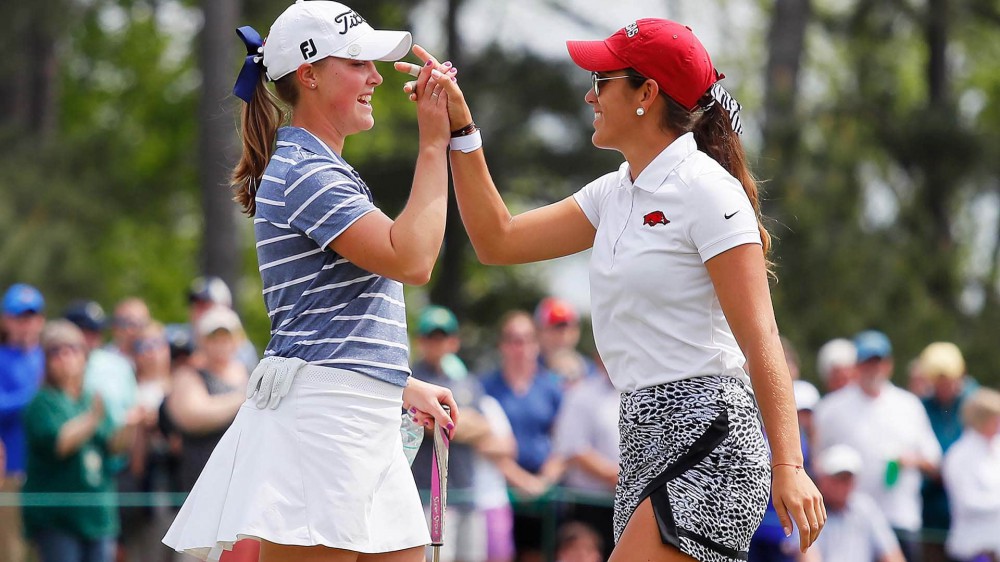