PHOENIX – Laura Baugh was one of the game’s original teen phenoms.

She was one of its first sex symbols.

While she didn’t win an LPGA event after a stellar amateur career, she won a lot of fans to the game as one of the tour’s most popular players. She did so over a career that overlapped generations that ranged from Mickey Wright’s to Annika Sorenstam’s.

Baugh is being recognized this week as a Bank of Hope Founders Cup honoree.

“I used to eat dinner with Patty Berg,” Baugh said. “I played with Mickey Wright in the last tournament she won. I played with Nancy Lopez in her heyday, and I played with Annika Sorenstam. So, this is a great honor, to be here. I feel blessed to be part of this special group.”

Baugh sat with LPGA royalty aside the 18th green in Thursday’s first round, joining LPGA founders Marilynn Smith, Shirley Spork and Marlene Hagge. As is Founders Cup tradition, they were greeted by players finishing their rounds.

Baugh said she is delighted to have the opportunity to share stories with today’s players, to tell them about how good the founders and pioneers were.

“I laughed because players today see these mature women out here on these chairs, and they don’t realize how tough they were,” Baugh said. “These women here were hard competitors who would kick your ass in a heartbeat.”

Baugh won the U.S. Women’s Amateur at 16, becoming the youngest winner at the time. She turned pro at 17 but wasn’t yet eligible to join the LPGA, so she played in Japan. She was named Golf Digest’s “Most Beautiful Golfer” and starred in TV commercials. She finished second in her debut as an LPGA member, one of 10 runner-up finishes in her career.

A mother of seven, Baugh said her priorities changed as her focus moved to family. Her life wasn’t without difficulties, but her profile as a player turned those challenges into an opportunity to help others with similar difficulties.

“I’m a recovering alcoholic,” said Baugh, pictured above in 1973. “I have been sober almost 23 years. I’m very proud of that.

“My opportunity was believing if I could help one other person live a sober, clean, positive, enthusiastic life, then I’m good. If it’s two people, I’m even more blessed. I’m still very much involved with the program, as involved as I’ve ever been. It’s been a wonderful opportunity to give back, and I use everything I can to do that.” 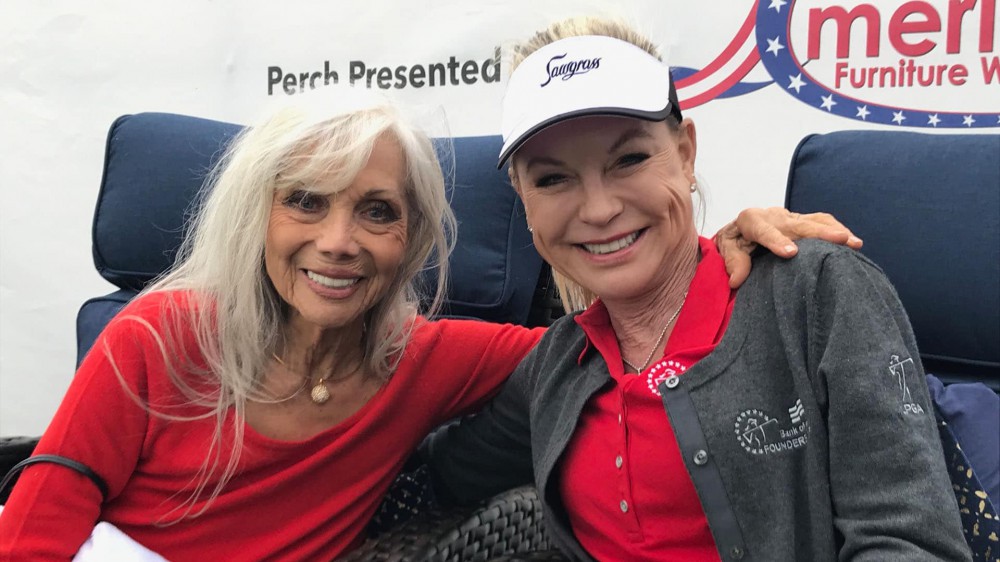