RANCHO MIRAGE, Calif. – Brooke Henderson waited as long as she possibly could to put a new driver in her bag. Come Thursday, for the first time in competition, Henderson will put a 46-inch driver into play at the Chevron Championship.

“I was going to use the 48 [inch driver] up until I couldn’t anymore,” Henderson said Wednesday about replacing her old club. “I’m going to miss it, but definitely excited moving forward. I feel like I have a solid driver in the bag, and hopefully it’ll do the job.”

In October 2021, the USGA and R&A made available a model local rule which restricts driver length to 46 inches. Although she didn’t know if the LPGA Tour would adopt the rule, the Canadian began the search for a new club. She had played a 48-inch driver since she was 15 years old, and she knew that finding a replacement would take some time.

In January, the LPGA Tour announced they would adopt the rule, which went into effect on March 21, ahead of last week’s JTBC Classic. Move away from Mission Hills ‘bittersweet’

Bittersweet. It’s the word most often used by players to describe the Chevron Championship moving to Texas after 50 years at Mission Hills Country Club.

After months of testing, Henderson said she landed on a replacement around the new year. She says she tried out more than a dozen different shafts. Ultimately, the major champion settled on a Ping driver with the same head and shaft as the one she had in her previous club. Henderson said Ping also put some added weight in the grip to try to emulate the feeling she had when she hit her old driver.

Henderson used the new 46-inch driver during Wednesday’s pro-am, and she was no longer choking down on the grip, which she had done with her previous club. Instead, she’s gripping it at the end. Henderson says the shorter driver, combined with the new grip position, has cost her some distance. This season, she’s averaging 272 yards off the tee. However, she says the ball she switched to earlier this season has helped to offset the loss and chalked it up to a couple of yards.

“The thought process on gripping at the end [of the club] was to gain back some yardage that I lost by choking up,” Henderson explained about the grip change. “It’s definitely a big adjustment since I choke down on everything else, but I think it’s what needs to be done to get some distance back.”

Henderson will continue to choke down on the rest of the clubs in her bag for now, but says she may adopt a more traditional grip with all her clubs as she becomes more comfortable with her shortened driver.

“I think as I get used to the timing and the rhythm of it, I’ll be able to gain back some of the distance that I lost,” Henderson said. “It’s just a little bit of an adjustment now, but moving forward I think it’ll be good.” 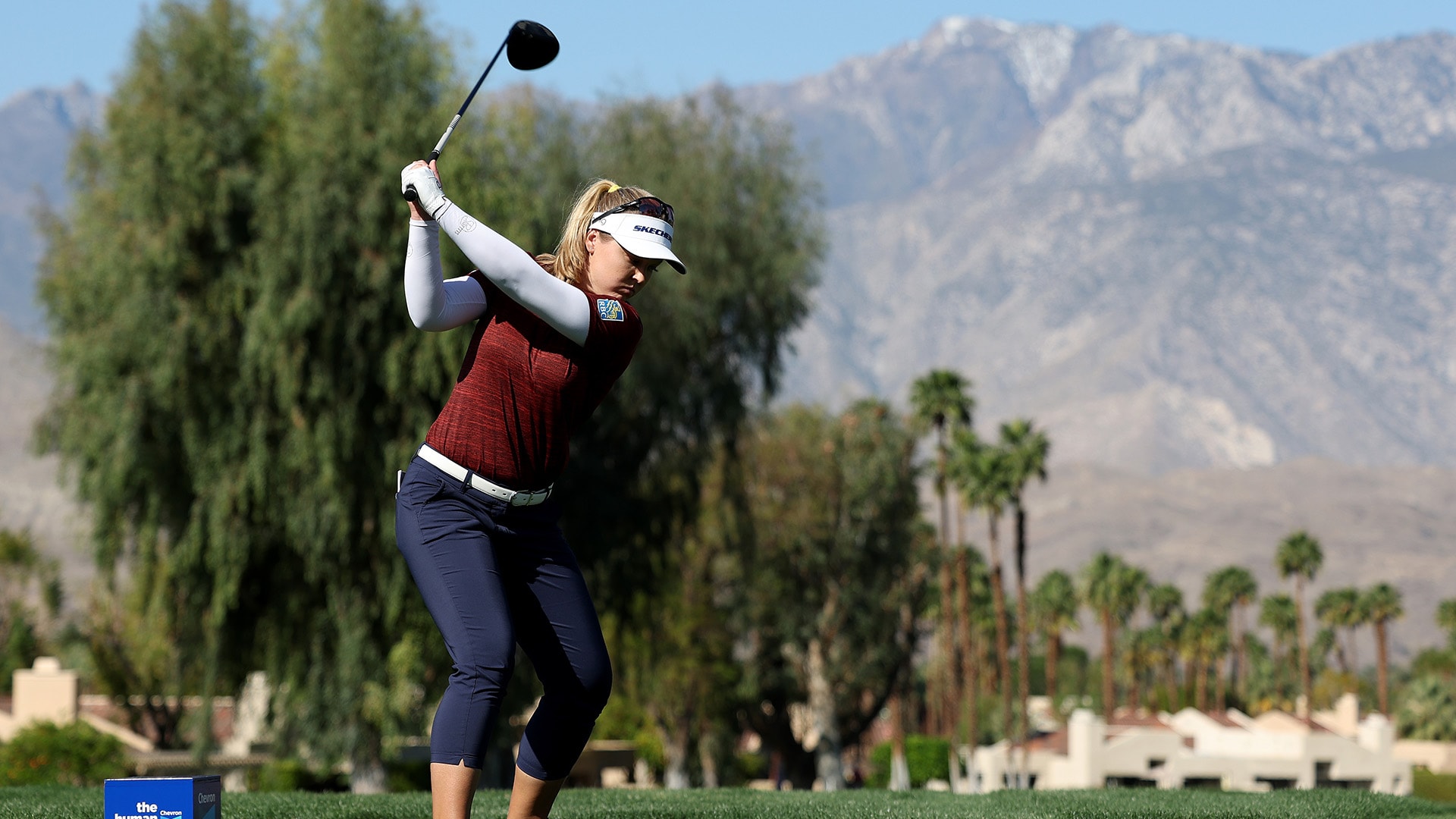