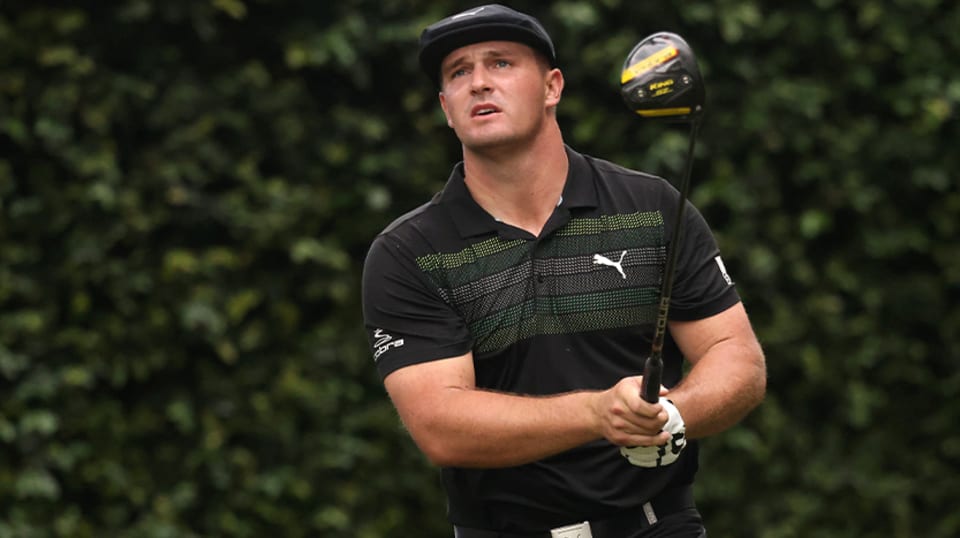 AUGUSTA, Ga. – It might as well have been a sick patient. Such was the pre-tournament hand wringing and concern shown the frail, largely defenseless 510-yard, par-5 13th hole, aka Azalea, coming into this Masters. Although the club is reportedly considering adding a new back tee, the hole looked overmatched against the prodigious driving distances of the modern golfer, chiefly Bryson DeChambeau.

“I had pitching wedge in,” he said after an early practice round this week. “I cut the corner drastically.”

Well, the golf gods must have been listening. And they didn’t like it.

DeChambeau hacked his way to a shocking double-bogey 7 on 13, a misadventure that included a sliced drive; a hook into the bushes left of the green; a provisional ball; a search and found ball/unplayable lie; a one-shot penalty/drop; a chunked flop shot; and two putts.

Having begun his Masters on the back nine, red-hot U.S. Open champion DeChambeau – the most talked about player in golf and some pundits’ favorite to win the green jacket – was suddenly 2 over par through his first four holes.

He rallied from there to salvage a 2-under 70.

“I’m very happy with the patience I delivered to the course today,” he said.

That patience was tested early as he missed a short birdie putt at the 10th hole, his first of the day, and badly pulled his tee shot into the trees left of the 11th fairway. He hacked out and salvaged par. His birdie putt at the par-3 12th lipped out. Then came his crazy 13th.

“I just didn’t draw it around the corner enough, and I got greedy,” DeChambeau said. “This golf course, as much as I’m trying to attack it, it can bite back.  It’s still Augusta National, and it’s the Masters. It’s an amazing test of golf no matter what way you play it.”

DeChambeau birdied five of his last 13 holes, including the eighth and ninth to end his day.

“I tried to take on some risk today,” he said. “It didn’t work out as well as I thought it would have, but at the end of the day I’m proud of myself the way I handled myself and finished off.  Birdieing 8 and 9 was a testament to my focus level and wanting to contend here.”