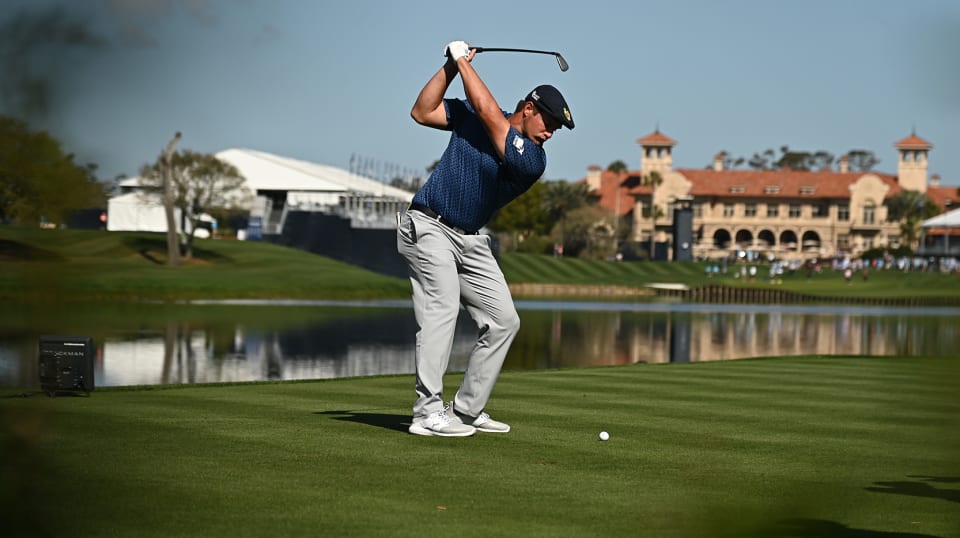 PONTE VEDRA BEACH, Fla. – Resilience has ensured Bryson DeChambeau and Jon Rahm will head to the weekend at TPC Sawgrass with plenty of opportunity to collect a maiden title at THE PLAYERS Championship.

DeChambeau rebounded from a terrible opening-hole double bogey by carding five birdies for a second consecutive 3-under 69. It left him 6 under through 36 holes, good enough to be sitting just a shot off the clubhouse lead set by Chris Kirk after the morning wave.

Rahm continued to recover from his inauspicious start on Thursday. The Spaniard has now played his last 26 holes in 7-under par and sits 4 under for the championship after a Friday 68.

DeChambeau evoked memories of Rory McIlroy’s opening hole on Day One when he butchered the par-4 10th in the early hours of Friday’s second round. But unlike the 2019 PLAYERS champion, DeChambeau shook it off and set about rectifying things.

“You don’t expect to do that the first hole out. Especially I was hitting it pretty good this morning, and then you go out there, you hit one and you squeeze one right, and it goes pretty far right,” DeChambeau said.

“(Then) you don’t hit your second shot where you need it to be and mess up. So you just aren’t feeling comfortable. I wasn’t feeling as comfortable as I should have been feeling, and unfortunately, that’s the way my day started. But I was able to make a nice up-and-down on the next hole to settle it down.”

Birdies on Nos. 11, 16 and 17 came before the turn before he added two more on the front side leaving last week’s Arnold Palmer Invitational presented by Mastercard champion extremely well poised for the weekend.

True to character, the FedExCup leader said he would be heading to the range to work on his game after feeling like he was far from his best. He hit just six of 14 fairways in both opening rounds.

The end of the day was a welcome relief for Rahm who knocked in a final hole birdie on the par-5 ninth to shoot 4-under 32 on that side of the course. He managed to hit 15 of 18 greens in regulation despite missing half his fairways.

“It was a pretty stressful round. I was barely in the fairway, fought all day,” said Rahm, who held the 54-hole lead here in 2019 before fading.

“It’s hard to be defensive with a wedge in your hand but you have to be a lot of times. Pars aren’t bad on any hole, so you’ve just got to manage that and take advantage of the times you can. You have to be pretty smart with where you’re putting the golf ball pretty much all day.”