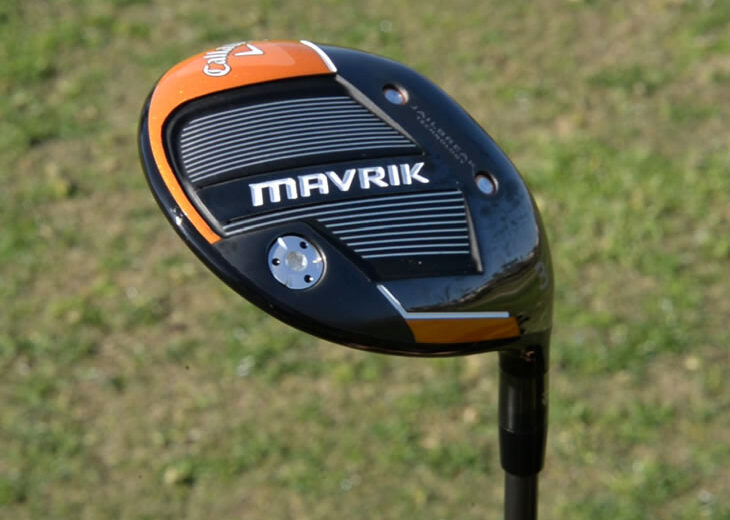 Callaway Mavrik Fairway Woods Review – Callaway’s Epic Flash Driver set new boundaries upon its release last year due to its use of Artificial Intelligence and machine learning. It was clearly successful, too, as Callaway is now using this process to add ‘Flash Face’ technology to their latest range of metal woods and hybrids – named Mavrik.

This time around, in an effort to create the best possible conditions for each club on offer, the innovation has gone one step further. Or is that sixteen? More on that in a moment…. 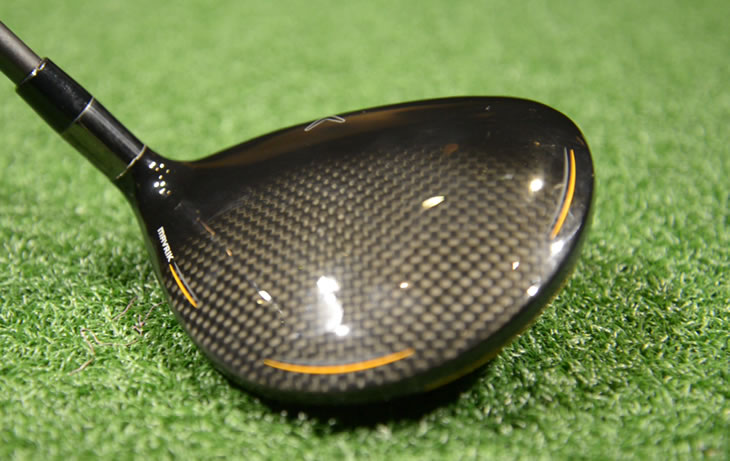 The Mavrik metalwoods replace the Rogue family, and are aimed at providing easy launch with extreme distance. As Goose says to Maverick in Top Gun – “I feel the need, the need for speed”.

Not only are these the first Callaway fairway woods to feature the Flash Face design, Callaway’s super computer has also generated a slightly different design for every single loft and head shape in the range.

That means sixteen different faces across the three different models to ensure that you get the most from your chosen weapon. Pretty impressive stuff, I have to say!

This comes from the premise that each golf club needs to be more flexible depending on what it is used for. For example, the 13.5 degree ‘power’ 3 Wood will have a completely different flight, spin rate and strike characteristic than a forgiving, high-launching 26 degree 11-Wood.

The new Mavrik range is acknowledging this diversity and has developed technology to ensure that the club is built specifically for its job.

Across the board the Flash Face is said to increase both ball speed and forgiveness, and is enhanced thanks to a new forged steel face, made from C300 Maraging steel.

It’s said to be both ‘strong and resilient’ at the point of impact, again working to raise the ball speed across the face.

Each face in the range also benefits from ‘progressive leading edge geometry’. In English, this basically means that the leading edge – the point where the sole of the club meets the bottom of the face – is angled slightly differently in each club to provide you with the best turf interaction and better ball speed as you come in to strike the ball.

It should particularly help you out if you catch the ball from the bottom of the face, which is a common fault with fairway woods.

You also get the best of Callaway’s existing club technology, including Jailbreak bars to provide better results across the face, which works alongside the Face Cup to maintain ball speeds even when you don’t strike it out of the middle.

There are 3 different models available in the Mavrik family, meaning that virtually all golfers should be catered for.

I tested the Mavrik 3 wood on-course at Stockport Golf Club and indoors at The Range in Manchester.

As you can see, during my on-course testing it was a typical cold and wintry, slightly damp day.

The standard Mavrik Fairway Wood is an all-rounder which Callaway are describing as high launching, whilst also being a little more forgiving than the Sub Zero thanks to its generous heel camber and versatile leading edge.

It has a large hitting area with a relatively neutral look at address, and a single fixed sole weight in the back of the club head moves the centre of gravity lower and further back in the head to give easy launch with a flat trajectory.

The Mavrik Sub Zero, known as the ‘better players’ choice, features a more compact head and leading edge, which helps to promote lower spin with little more workability. There are interchangeable weights in two different parts of the head to adjust launch angles and spin rates.

Finally, the Mavrik Max is the largest and most forgiving head in the range, with weights at the back and heel of the head to promote a higher launch and a draw bias.

Callaway claim that the Max produces a 30% higher MOI than the Epic Flash Fairways, with a lower, wider shape at the bottom of the head for more help on those lower strikes.

We’ve got a feeling that the Mavrik Max could well be the fairway wood which really helps out plenty of amateur golfers and with claims like “30% higher MOI than the Epic Flash”, we decided to give it the full Golfalot treatment to see whether it’s worth a spot at the top end of your bag…

The Max head comes in at 200cc compared to the 174cc of the standard Mavrik, so as you can imagine, it’s a big flat footprint down by the ball.

When I say big, I mean it. This thing almost looks like a mini drivier… But to be honest I actually felt like Callaway has hidden this size pretty well.

The face isn’t too deep which actually helps to negate the longer head shape, meaning that this club sits nicely down by the ball. I can see it giving less confident golfers, a lot of confidence.

There is a bit of offset helping to promote more of a draw shape, but for many golfers this will come as a welcome relief as it reduces the chance of that dreaded high right miss…

To be honest I’m not a huge fan of the new orange colourway but once you put the club down you can barely see this besides a tiny bit of detailing on the back of the crown.

I don’t like crowns which are too cluttered with different designs and colours so this was a bonus for me.

Upon closer inspection you can see that the leading edge of the Max does appear to just arc upwards a little bit in comparison to the other models.

This is ideal for golfers, like me, who have a tendency to strike their fairway woods from the bottom of the face, as it should provide you with a little more launch with better ball speed.

I think the majority of golfers will share this tendency, so it makes sense that Callaway put that bit of extra help there to give you more confidence.

In terms of feel, the thing that impressed me most was the consistency across the face. There’s a solid, fast feel when you strike this fairway wood and that was true both from the middle of the face and even on those slight mis-hits.

Ok, if you’re playing on a freezing cold winter morning you probably will still feel it if you catch one a little thin, but on the whole I was impressed.

During my testing at The Range it was undeniable that the Mavrik Max was very consistent because virtually every shot I hit missed the green to the left! This isn’t a criticism, because the club is set up to provide a draw bias and that’s exactly what it did.

There was only a couple of shots which finished to the right of the target and they were due to a poor strike, and one shot where I was really trying to start the ball right in order to hit target.

The rest of my shots were starting just left of target and continuing to draw. There was a similar theme on the course too, where I was consciously aiming right to try and account for the shape.

Whilst this indicates that I really don’t need to use a draw-biased club like this, it’s good to be able to prove what Callaway are promising and so if you are a slicer then you should see some improvement.

The Foresight launch monitor data that I captured showed that the 124.4 mph average ball speed of the Max was slightly higher than my own current 3 Wood, and although the carry distance was slightly lower this may have been due to the over-draw, and may have been aided slightly with proper fitting.

Callaway have been making some bold claims around ball speed and forgiveness levels thanks to their latest technology, and I have to say that I was pretty impressed.

One shot which I hit low on the face still managed to produce ball speed over 124 mph which was almost identical to the overall average.

As you’d imagine, the distance drop-off was 10 yards meaning that the ball would still make the front of the green. Callaway’s Flash Face and Jailbreak Technology, along with the new leading edge design, are clearly doing their bit.

This club is certainly both fast and forgiving, so in that regard it is living up to Callaway’s claims. Whilst the new leading edge geometry is not particularly noticeable out on the course, the testing I did at The Range suggested that this could help you out too. It’s a simple idea, but a good one no doubt.

As I do not struggle with losing the ball out to the right, this club is not for me, but with the right shaft I think the Max would easily be able to achieve the same distances as my current gaming club, plus more.

This is a very good game-improvement club as long as you aren’t put off with the size of the head and the clear draw-bias. The larger footprint here equals greater forgiveness though, which in my opinion is what a higher-handicap golfer should be looking for over looks.