Cauley (66) fighting his way back from accident, injuries

SAN DIEGO – As comebacks go, it’s fair to count Bud Cauley’s climb back from the depths of injury a success.

Cauley hasn’t won since returning from a horrific car accident during last year’s Memorial. He’s not really even contended. But considering how grueling the last few months have been, both physically and mentally, just playing golf again on the PGA Tour is worth celebrating.

“I had six broken ribs and they had to plate four of them, so it took a while for that to heal, for all the muscle and the tissue to kind of start to mix with the titanium plates they put on,” Cauley said on Thursday at the Farmers Insurance Open.

Cauley returned to the Tour in October and made the cut at the Safeway Open. A month later, he finished tied for 10th in Las Vegas.

“Just to finish the event and kind of get just one golf tournament under my belt was really probably the happiest I’ve been through all of this,” he said.

Cauley may be on the doorstep to another breakthrough following a 6-under 66 on the North Course that has him inside the top 10 at Torrey Pines. Other than the bogey to close his round, he had an eagle and six birdies on Day 1.

“I feel great,” he said. “I started to feel good at home, and then to come out and have a little bit of success and play well on Tour was kind of when I relaxed a little bit.” 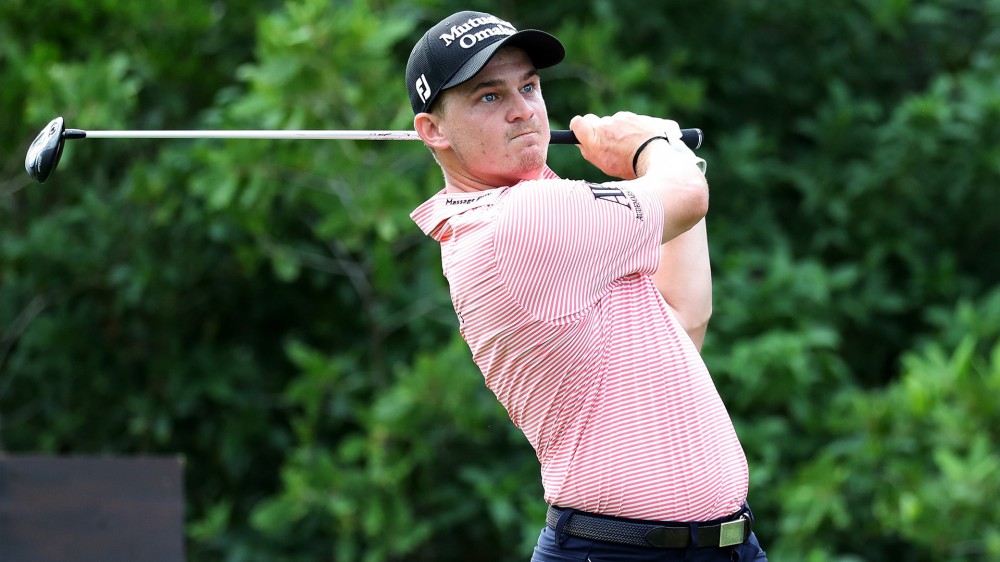 Watch: Kuchar comes an inch from an ace at 16