AVONDALE, La. – The Koepka brothers are back in action together this week at the Zurich Classic. For Brooks, a three-time major champion and the world’s third-ranked player, it’s time he can spend with his younger brother while getting reps and working on his game.

For Chase, this week is much bigger.

It’s been more than four months since Chase Koepka last played in a world-ranked event. He lost his European Tour card in December after making just 10 of 22 cuts last season and has spent recent months grinding on Florida’s mini-tours and in Monday qualifiers as he awaits the next Challenge Tour season.

“It’s been tough,” said the 25-year-old Koepka, who starred at South Florida before turning pro in 2016 and immediately plying his trade in Europe. “I lost focus, lost some confidence.”

The path back has certainly not been easy – 100-plus-man qualifiers for just a handful of spots, shooting 67s and losing out by several shots, and playing for winner’s paychecks that are just fractions of what Koepka has seen his older brother, Brooks, collect.

“It’s demoralizing at times,” said Chase, who is ranked No. 924 in the world. “Everyone is going out and firing at pins and you’re constantly trying to go as low as you can. … You do feel rewarded when you make it through [Mondays], but I haven’t, so I’ve just had to keep the mindset that if you played well, you played well, and move on.”

There have been some positives to the mini-tour life. It’s kept his game sharp as he prepares to regain his European Tour card via the development-tour route again. It’s also toughened him.

“We’ve all been in those situations where you’ve gotta work your way up and keep playing,” Brooks said. “It’s a grind when you’re on mini-tours, Challenge Tour, Web[.com Tour], whatever it is; it’s a grind to get to that next level. He’s going through it right now and I can appreciate it.”

As for confidence, that’s also improving. Chase said Brooks has always told him that better confidence leads to better results.

“He has a ton of it, so he’s someone I can definitely look up to for that,” Chase said.

This week, Chase hopes to gain even more from his brother.

“Mentally, just seeing some of the stuff that he sees out there, seeing the way he reads greens differently; he’s a great green reader, so talking to him about it,” Chase said. “He’s also great at course management. He’s always telling me, don’t be scared to go long. Don’t be afraid to hit it past the hole a little bit.

“That’s why playing this week is such a huge boost for me.”

Come Sunday, that boost could be even bigger. The Koepkas tied for fifth at the 2017 Zurich Classic, closing that year with a 62 in foursomes. Should they win this week, it would earn Brooks’ little brother a check much bigger than those given on the mini-tours, or even the Challenge Tour for that matter. More importantly, though, it would give Chase another card and a two-year exemption on the PGA Tour. 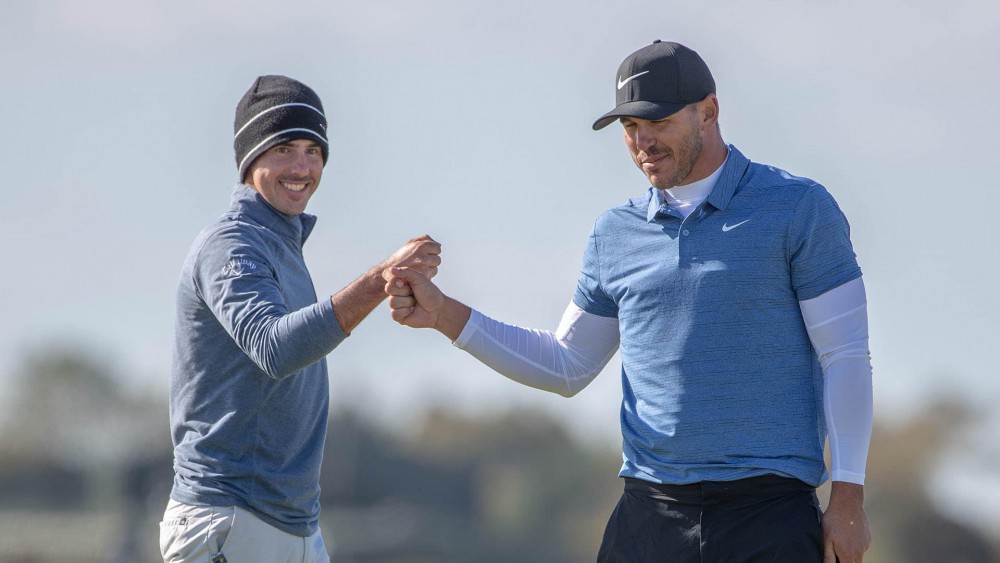 Confident Wie grinds out 70 on Day 1 of Founders

DJ surprises no one with 69 at Kapalua