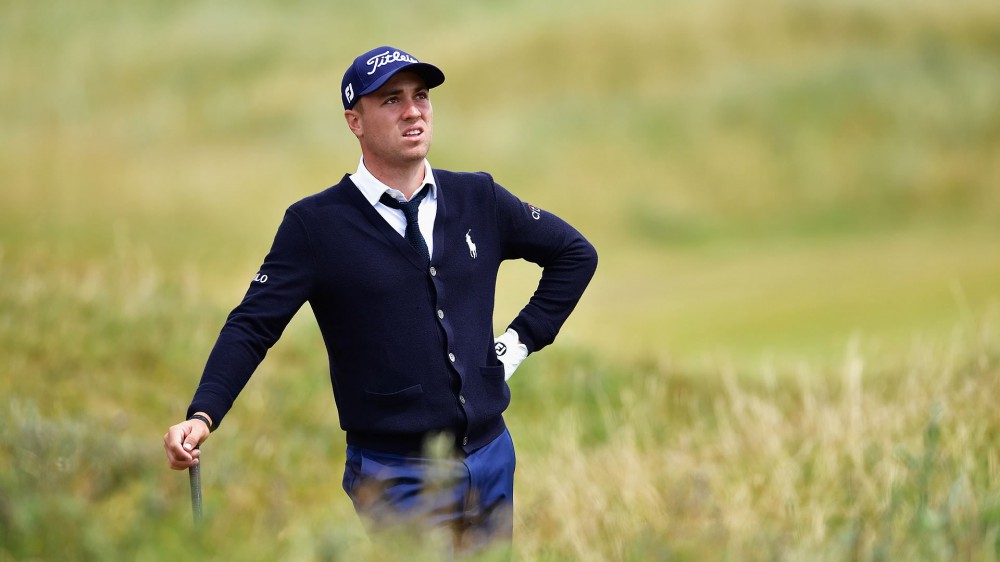 SOUTHPORT, England – The best-dressed award went to Justin Thomas on Day 1 at The Open, but more important to the American was his opening 67 that left him among the front-runners at Royal Birkdale.

“We did it at the Walker Cup as a team,” said Thomas, who wore a tie and navy blue cardigan on Thursday. “This is a golf shirt, so it’s not like it’s uncomfortable. And obviously it’s not tight. It’s something that I don’t really even know I have on in terms of comfort-wise. And it was just something I wanted to do for this match.”

But it wasn’t his wardrobe that interested him following a round of three birdies and an eagle. Starting the day in some of the worst conditions, Thomas called his round “low stress” and bounced back from his two bogeys at Nos. 6 and 14 with birdies at the seventh and 15th holes.

Thomas’ round was also something of an impressive bounce back following his finish at last month’s U.S. Open, where he posted the lowest score relative to par at the championship by shooting a 9-under 63 on Saturday only to swoon on Sunday with a closing 75 to tie for ninth place.

“I’m taking the experience of Sunday and the fact that I was there to start the day on Sunday,” said Thomas, who finished tied for 53rd in his first start at The Open last year. “But Saturday it was just too great of a day, and I guess historic of a day for me to just kind of let it all go.”