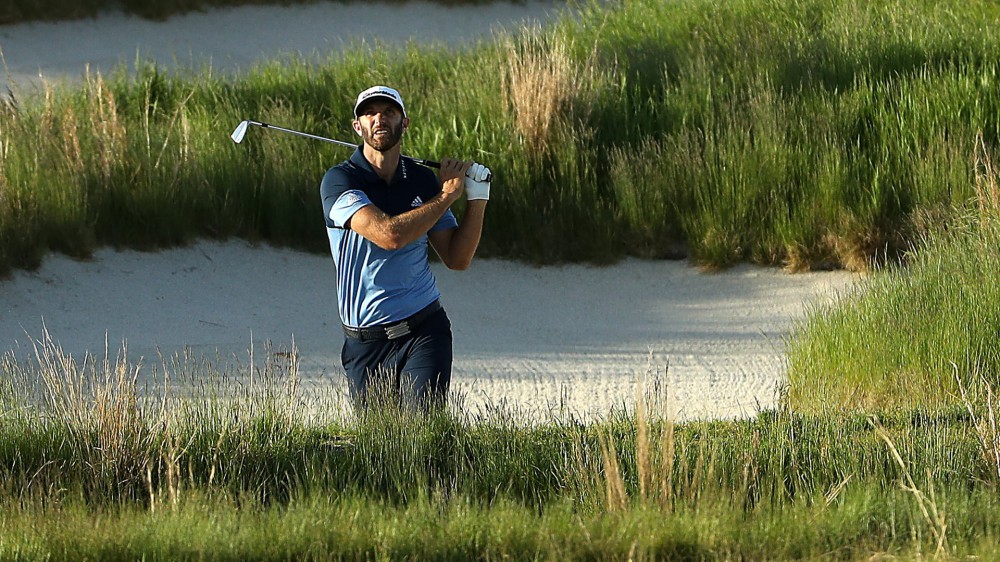 FARMINGDALE, N.Y. – All Dustin Johnson needed was a par on the 18th hole to get into the final group Sunday at the PGA Championship.

That dropped Johnson another shot behind Koepka, in the logjam in second place at 5-under 205 (Harold Varner III drew the final pairing), and needing a historic rally.

“I’m going to need some help from him,” said Johnson, after a third-round 69, “and then I’m going to have to play very, very well.”

Johnson squandered a golden opportunity to apply some pressure to Koepka, head to head, just like his good buddy did to him last year at the U.S. Open.

After all, they were paired on the final day at Shinnecock, where Koepka humbled Johnson, 68-70, and eclipsed the world No. 1 with his second major title. Koepka added another major two months later at the PGA.

Complicating matters now for Johnson is his seven-shot deficit – and a brutal course in Bethpage Black that punishes any wayward drives.

“There’s really nothing you can do on this golf course to change your approach,” he said. “I just need to limit those misses.”