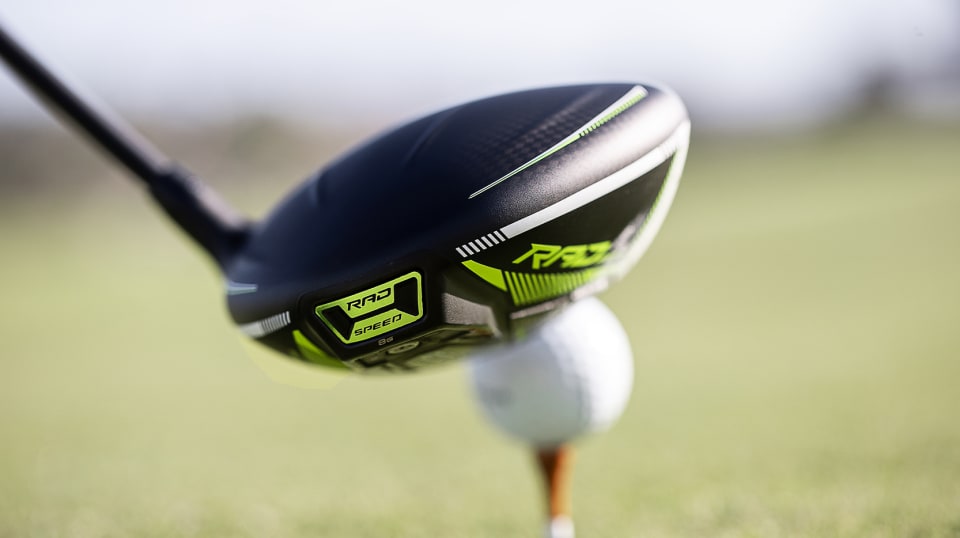 With the new RadSpeed family of drivers, Cobra has produced an entire line aimed at maximizing performance for players of all skills through optimized weighting and an array of advanced technologies.

“RadSpeed design is about taking aim at the tradeoff of distance versus forgiveness and attacking that trade-off in an unconventional way,” says Tom Olsavsky, Vice President of R&D, Cobra Golf.

To do this, Cobra relied on a design concept that originated from a popular formula in engineering called radius of gyration. In golf terms, with respect to the metal woods, this means the distance from the club’s center of gravity to each weight or technology location.

Cobra’s engineers discovered that by increasing the radius of gyration and the distance between the front and back weights, they could create the perfect blend of faster ball speeds, low spin, and forgiveness in one driver.

The weight is strategically positioned in each of the three new driver models to create three distinct performance characteristics.

RadSpeed XB: For players who want distance through faster ball speeds and consistency across the face in the form of forgiveness and stability.

RadSpeed XD: For those who want distance while reducing their slice or creating a draw.

Interestingly, the three profiles match up with three Cobra staffers. Bryson DeChambeau’s key demand: lower spin without giving up anything on mishits. He’s in the Rad Speed XB. Rickie Fowler was seeking performance, speed, and workability, and the ability to execute his butter cut safe shot. He’s in the RadSpeed XB. Jason Dufner prefers the XD head and likes having more weight in the heel.