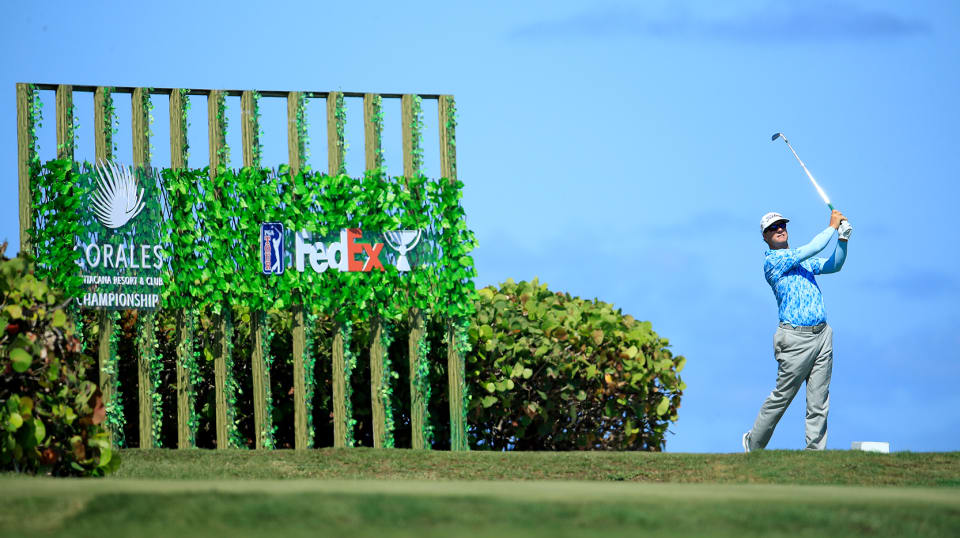 “We had to use everything that we still had, or that we could gather on the Island, to get the course in as good a shape as we could for the event (in September),” Overton recalls. “In all honesty, we had about a three- month, four-month period there where we’re just trying to keep the course cut and survive. …

“So, the course after the tournament was a little stressed out. I think you could see that probably on the weekend. But then things began to open up and we were able to get the course back.

“I don’t think the course has been any better than it is this week. All the challenges that we had last year proceeding the tournament, we didn’t have those this year.”

Jordan Harris, one of the PGA TOUR rules officials on site this week, says the course has “rebounded tremendously” compared to where it was in September and calls the turf “excellent.” So, there will be more flexibility with hole locations that will make the course play similarly to what is normally seen in March.

And best of all, the players are back for the second time in six months. Overton says his phone was “ringing off the hook” with players wanting to play in September once the PGA TOUR announced its Return to Golf last summer. This week has been no different.

Granted, there was some uncertainty at the time given that Corales Puntacana would be the TOUR’s first international stop. But the precautions taken, and strict protocols observed – even down to those 12 tees and pencils handed out in sanitized baggies, Overton noted – made players feel more secure.

Corales Puntacana also ushered in some semblance of normalcy on the PGA TOUR when a 20-team pro-am was played in September – the first since the Return to Golf began. There was strict coronavirus testing for the amateurs, as is the case this week for the Wednesday event that featured 42 teams.

And has been the case on TOUR for the past month or so, a limited number of fans will be in attendance. No tickets were sold but invited guests, property owners and members will be allowed at Nos. 1, 9, 16, 17 and 18 where there will be bleachers around the green.

Charley Hoffman, a member of the PGA TOUR Policy Board, says the safety measures in place eventually made him feel comfortable with traveling internationally to play in September. And those protocols, as well as the beauty of the island, prompted him come back this week.

“I had big doubts that we’d ever be able to come down here in September,” Hoffman admits. “Like I said, the safety that they — the Dominican did, and their tourism did to keep us safe out there was amazing. To throw on top of that a pro-am, and they tested everybody.

“It was just nice to have some interaction back with the fans and the sponsors. It went on without a hitch and it was great to be back. This week, adding a few invited guests, it’s going to be nice to hear some claps and cheers, which I feed off of.

“I think the majority of us, we would all rather play in front of a few fans, I think we can gain momentum from that or maybe even have them cheer us out of a rut we’re in.”

Swafford said he told his caddie earlier this week that it felt “kind of like yesterday we were here making a putt on No. 18 to win by a shot. And he was only half-kidding.

Like Hoffman, he was worried about leaving the United States, but he and his wife “embraced” the opportunity to take a vacation and possibly find a degree of normalcy. Swafford was the only player to shoot four rounds in the 60s as he broke a 4 ½-year victory drought.

“It was unbelievable how the Dominican and Grupo Puntacana ran the event,” Swafford says. “… It was truly incredible what they pulled off and accomplished as the first international event and really kind of broke away from the PGA bubble of having — you know, being stateside. I thought they did a phenomenal job and just looking forward to being back here.”